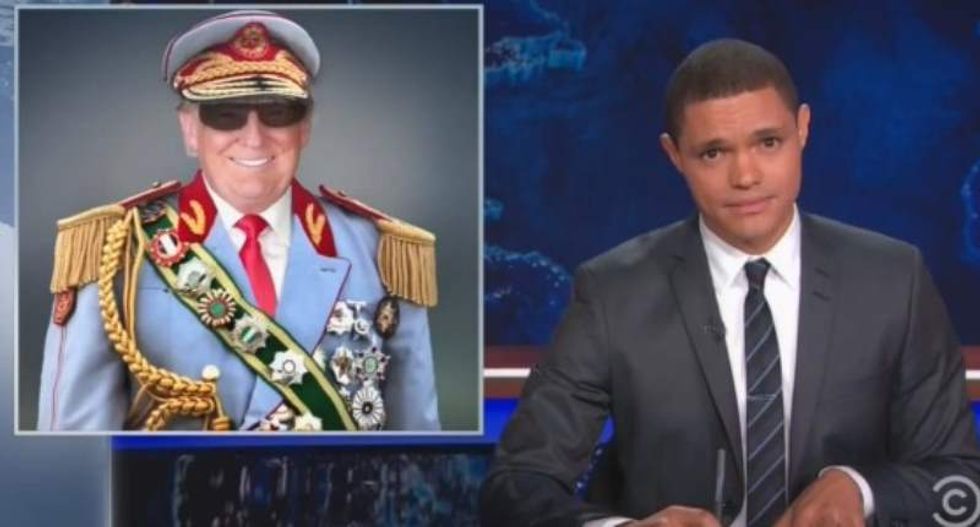 "When that happens -- when a true African finally enters the Oval Office -- the people of Africa will erupt into songs of praise," Noah gushed, before launching into a dialect punctuated with the phrase, "Mexican rapists."

While American observers criticize the Republican front-runner for being "unpresidential," Noah argued, Trump's xenophobic rhetoric actually reminded him of home.

The native of South Africa then showed footage of that country's president, Jacob Zuma, complaining about "illegal migrants" while also saying that "not all" of them were involved in illegal activity, language that also resembles Trump's remarks.

"That's light xenophobia with just a dash of diplomacy," Noah said. "Which is also the title of Paula Deen's new book."

The former reality show star's penchant for self-promotion, the host added, falls in line with that of other African leaders -- specifically Libya's Moammar Gadhafi or former Ugandan President Idi Amin, who insisted on being referred to by a rather ornate 39-word full title.