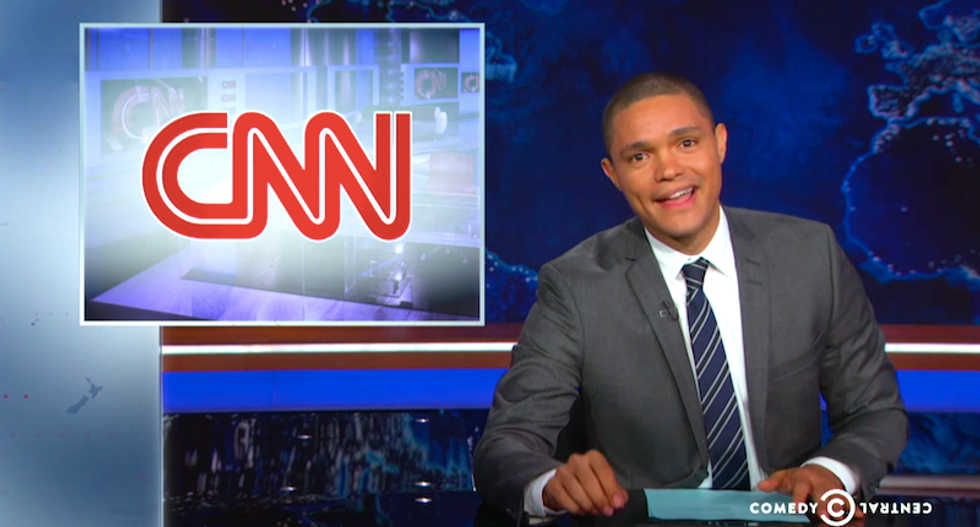 "Daily Show" host Trevor Noah mocked CNN on Monday after showing several clips of the network boasting that it had a podium "waiting in the wings" for Joe Biden should the vice-president decide at the last minute to run for president in 2016.

Unlike the Republican Party's "reality show" full of candidates, Noah said, the Democratic debates promised to deliver an "epic drama with complex characters and storylines" going into the first installment on Tuesday.

And while the public had followed former Secretary of State Hillary Clinton's story for the past 20 years, he said, she was now facing the challenge of Sen. Bernie Sanders (I-VT). Noah noted that the lawmaker had raised nearly $26 million over the past three months

"That's enough money to give $1 to every single Republican candidate," Noah said.

The host also poked fun at CNN for airing commercials promoting a Clinton/Sanders encounter while listing Martin O'Malley, Lincoln Chafee and Jim Webb "like the legally-required terms and conditions of a used car ad."

"Clinton. Sanders. Tomorrow. On CNN," Noah said bombastically, before quickly adding, "Please note unfortunately Martin O'Malley will be joining the proceedings. Certain viewers may be exposed to Jim Webb. And there's nothing we can do about Lincoln Chafee."