US Olympic skier Gus Kenworthy announces he is gay: 'The first day of the rest of my life' 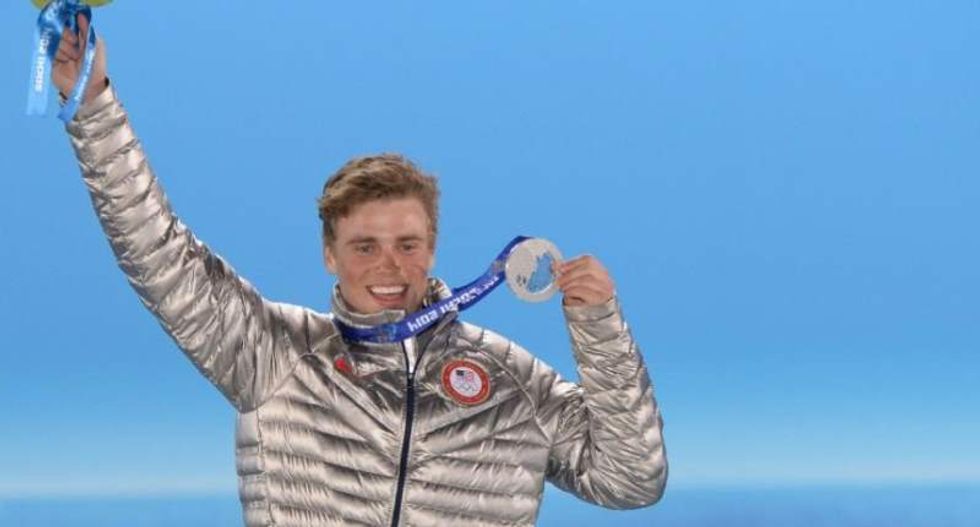 Freestyle skiier Gus Kenworthy pictured after his silver-medal win at the Sochi Winter Olympics on Feb. 13, 2014. Photo by Antonin Thuillier for Agence France-Presse.

US Olympic freestyle skier Gus Kenworthy came out as gay on Thursday, revealing that his failure to be open about his sexuality during the 2014 Winter Games in Sochi had soured his silver medal win.

Kenworthy announced his decision on Twitter to coincide with publication of an interview with ESPN Magazine, declaring simply: "I am gay," shortly after a separate post which read: "Today is the first day of the rest of my life."

The 24-year-old world champion was part of a US clean sweep of medals at the Sochi Olympics, which were dogged beforehand by protests from gay rights activists over Russia's stringent laws banning gay "propaganda."

However Kenworthy said he wanted to wait to announce his decision over his sexuality until he had won a world title.

"I never got to be proud of what I did in Sochi because I felt so horrible about what I didn't do," Kenworthy told ESPN Magazine.

Kenworthy is one of a small but growing band of US professional athletes to have come out in recent years.

His announcement on Thursday triggered an outpouring of support on social media, with Olympic snowboarding gold medallist Sage Kotsenburg writing on Twitter: "Gus you are the man! So proud of you for this I know it couldn't have been easy but we're all supporting you #GoGus."

The US Olympic Team's Twitter account added: "We are PROUD to say you are part of #Team USA" above a message of a rainbow-tinted US team logo.

Actress Chloe Grace Moretz added: "So proud and amazing to see you so strong ... couldn't be happier for you."