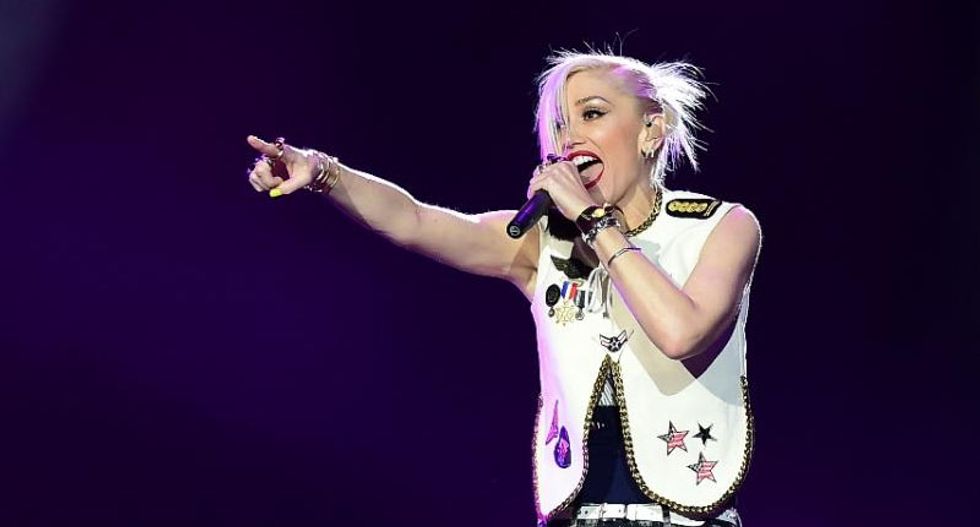 Gwen Stefani of No Doubt, pictured at a May 8 concert in Las Vegas, has unveiled "Used to Love You," a song about her recent split from husband Gavin Rossdale (AFP Photo/Frederic J. Brown)

Gwen Stefani has opened up about her divorce from fellow rocker Gavin Rossdale in the form of music, releasing an emotional song entitled "Used to Love You."

The No Doubt frontwoman on Tuesday put out a video for the song that consists solely of close-up footage of the singer looking forlorn and reflective.

To a light electronic beat, Stefani sings, "I don't know why I cry / But I think it's because I remembered for the first time since I hated you / That I used to love you."

Stefani had debuted the song Saturday night at a concert in New York, telling the audience at the start of her encore that she would share a song about "pain and love and my real life."

The song is notably more melancholy than the best-known songs of No Doubt, which built a wide following in the 1990s as it brought ska music into the mainstream.

Stefani, a California native, met Rossdale when the English singer and guitarist's alternative rock band Bush was touring with No Doubt in the United States.

The couple married in 2002 and have been raising three children in Los Angeles.

The rockers had generally stayed out of the limelight except in 2004 when a paternity test revealed that Rossdale had a daughter with the British designer Pearl Lowe, with whom he had an earlier relationship.

The couple announced their divorce in a brief statement in August, saying they would remain "partners in marriage" to provide "a happy and healthy environment" for their children.