WATCH: 'Black Simon and Garfunkel' meets the real Art Garfunkel and it's awesome 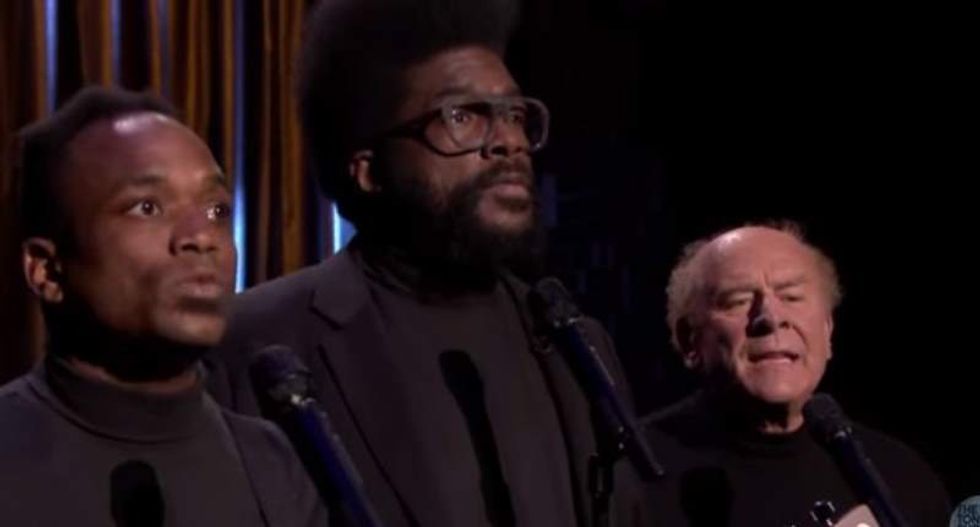 'Black Simon and Garfunkel' (Captain Kirk Douglas and Questlove of The Roots) perform 'Can't Feel My Face' with Art Garfunkel on 'The Tonight Show' on Sept. 30, 2015. [NBC]

Jimmy Fallon and The Roots' "Black Simon and Garfunkel" act reached a peak on Wednesday's Tonight Show when the titular duo was joined by the actual Art Garfunkel for an appearance tinged with nostalgia.

As The Week reported, Garfunkel joined the duo -- actually the group's drummer, Questlove, and guitarist Captain Kirk Douglas -- for a rendition of The Weeknd's "Can't Feel My Face," which segued into a portion of the original Simon and Garfunkel's classic "The Boxer."

Garfunkel's appearance with the characters was the first since Fallon and the group debuted them in 2011.

Watch the performance, as aired on Wednesday, below.