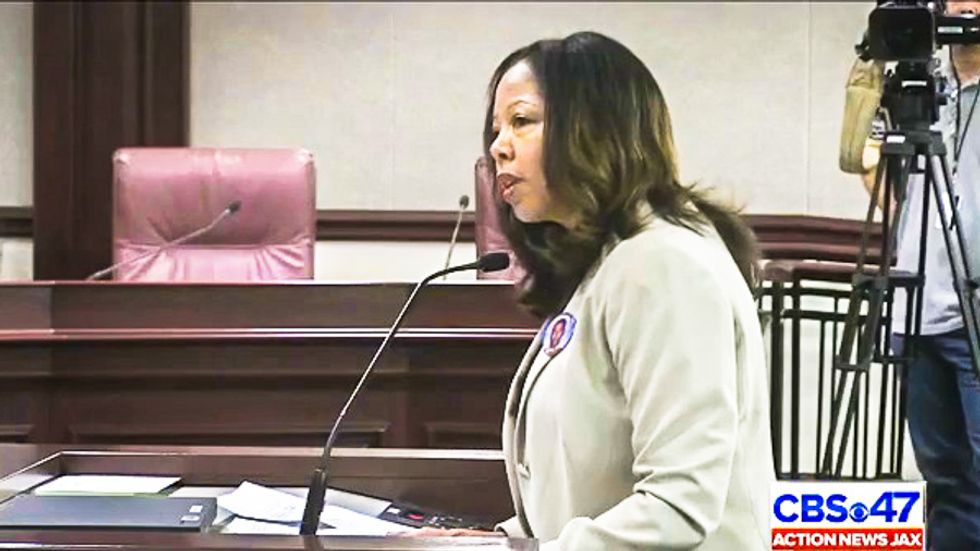 Republican lawmakers said this week that testimony from the mother of slain teen Jordan Davis did not convince them to scrap an expansion of the state's controversial "stand your ground" law.

At a state Senate hearing on Wednesday, Lucy McBath argued that the updated legislation would result in more incidents like the killing of her 17-year-old son, who was shot to death during an argument about loud music.

Under Senate bill 344, shooters would be given immunity unless prosecutors could prove they were not acting in self defense.

"'Stand Your Ground' laws create a culture of 'shoot first and ask questions later.' These laws embolden individuals to settle their conflicts by reaching for their firearms, instead of using their words," McBath testified.

McBath explained to The Florida Times Union that the measure would make it "far more difficult for prosecutors to try their cases against the shooter, giving far more immunity to the shooter to walk away from any civil or criminal liability."

But her pleas did not sway the Senate Criminal Justice Committee, which passed the bill on Tuesday.

Republican Sen. Rob Bradley argued that McBath was wrong about the expansion.

"It's simply incorrect to suggest that the bill would result in otherwise guilty individuals going free," he insisted. "If the state has sufficient evidence to successfully prosecute a defendant at a jury trial, the state will prevail in the immunity hearing before the judge and the judge will permit the case to go to trial."

McBath, who became a gun safety activist after her son's death, warned that the legislature was making Florida a more dangerous place to live.