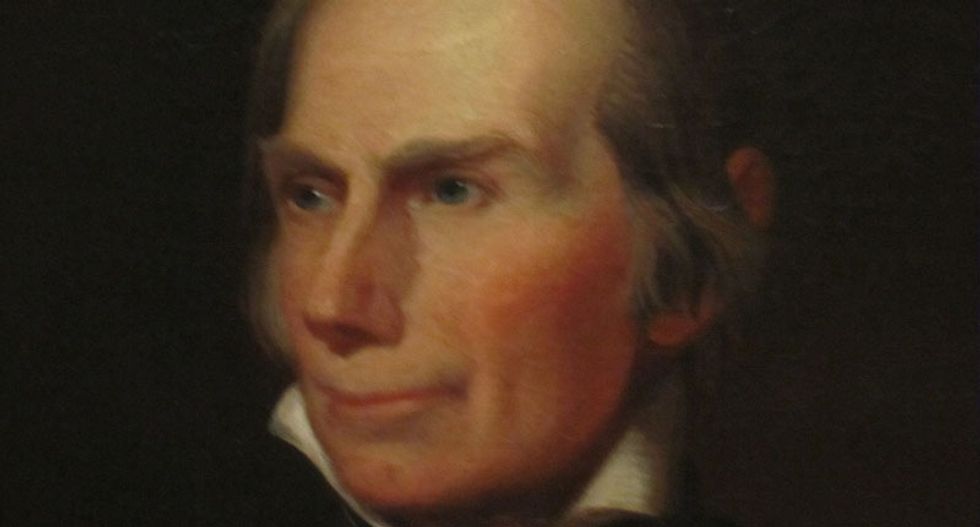 While 50 million children across the United States began this school year pledging allegiance to “one nation…indivisible,” the three most powerful elected officials in our country seemed intent on dividing the nation.

President Obama signed executive directives—some secret—ignoring the wishes of Congress and the American people. House Speaker John Boehner, meanwhile, sued President Obama for refusing to enforce elements of federal laws that he, the President, didn’t like. And Senate majority leader Mitch McConnell asked his aides to snub presidential aides whenever he disagreed with the President, thus closing the door to political discourse.

What’s wrong with these three? Does none of them know the word “compromise?” Together, they’ve divided the country, its political parties, and its people—left the nation’s infrastructure a shambles, its social institutions inoperative, and its standing in the world the laughing stock of ambitious autocrats.

Political compromise ensured the birth, survival, and successes of the United States—with, among others, the writing of the Constitution, the peace treaty in the War of 1812, and with the famed Missouri Compromise of 1820, which postponed civil war for forty years.

With Missouri’s admission to the Union, slave states would have gained a majority in Congress and perpetuated slavery in the United States indefinitely. Slave labor would have given the South so enormous an economic advantage over the North that New England and some central states were prepared to secede, dividing the nation into two, even three economically and militarily vulnerable little nations.

With Britain, France, and Spain poised to attack, President James Monroe, a lawyer like Obama, and Speaker of the House Henry Clay, a Kentuckian like McConnell, acted to unite the nation. The Monroe Doctrine would imbue Americans with nationalistic fervor, and Henry Clay’s Missouri Compromise and four subsequent compromises ensured survival of the United States as one nation … indivisible. Over forty years as House Speaker and Senate Majority Leader, Henry Clay emerged as America’s greatest statesman, known to all as “The Great Compromiser.”

To unite the nation, Clay devised a visionary scheme he called the “American System,” with the federal government uniting with state governments in underwriting and building a vast network of roads, canals, and railways to link every corner of the nation and allow smooth transport and the interchange of goods and people.

When, however, Missouri applied for statehood as a slave state in 1819, its entry threatened national existence, by giving slave states a majority of votes in the Senate and power to perpetuate slavery indefinitely. New York Representative James Tallmadge, Jr., called for a rider to Missouri’s statehood application, banning further entry of slaves into Missouri and emancipating all children born to slaves in the new state at the age of 25.

The Talmadge amendment would have made Missouri a free state and given free states the congressional majority they needed to emancipate slaves in the entire nation. Georgia’s Thomas W. Cobb exploded with anger.

“If you persist,” he warned Tallmadge, “the Union will be dissolved!”

“If a dissolution of the Union must take place,” Tallmadge fired back, “let it be so! If civil war…must come, I can only say, let it come!”

Clay, however, knew dissolution was unlikely to lead to civil war—certainly not over slaves. Abolitionism was in its infancy; John Brown was only twenty, about to get married, and thinking only about starting a family. Had southern states seceded, few northerners would have objected strongly enough to fight, let alone die, to free slaves. Only New England had freed slaves; New York would not emancipate its slaves until 1827 and mobs there rioted against abolition as late as 1834. Pennsylvania and New Jersey had ended the slave trade, but blocked emancipation as confiscation of private property.

Dissolution would, however, have shattered a potentially huge, rich, and powerful American empire into three economically vulnerable little nations, each open to conquest by the three world powers, Britain, France, or Spain.

As the debate over Missouri statehood raged, Clay saw an opportunity for compromise by allowing Maine to separate from Massachusetts and join the Union as a free state. By linking admission of the two states without restrictions on either, his Missouri Compromise allowed free states and slave states to have equal votes in Congress and continue living together in peace in the same Union.

Shortly after negotiating the first Missouri Compromise, Missouri’s geography gave Clay another opportunity for compromise that resolved potential future conflicts, as other western territories applied for statehood. Until then, the Ohio River had been the unofficial north-south dividing line between free states and slave states. Clay’s second Missouri Compromise, or Free Soil Rule, extended the line along Missouri’s southern border at latitude 36º 30‍’—not far from where the Ohio River ended and dumped into the Mississippi River. Although Missouri sat above the line, it would be the sole exception to the Free Soil rule, which banned slavery in all future states above 36º 30‍’ and permitted it in states below it.

The importance of Clay’s Missouri Compromises became clear by 1836, when a new, younger generation of northern abolitionists emerged, raised without slaves, schooled by preachers to detest slavery as sinful and sacrilegious. As abolitionists grew in number and their voices intensified, many called for a war of emancipation. Clay quieted that first generation of abolitionists with more compromises in 1833, 1836, and 1850. The Compromise of 1850 admitted California as a free state, allowing his American System to tie twenty northern, western, and central states into so tight an economic, political, and social union that dissolution of the Union became unthinkable.

More than 20 million Americans lived in those twenty interconnected states before the Civil War, compared to only 5.5 million in the eleven, all-but-independent southern states which favored dissolution. Clay’s American System had allowed vast numbers of people to migrate westward, establish new agricultural, commercial, and financial enterprises that maintained strong ties to friends, relatives, and enterprises left behind. Leaders of commerce and ordinary people developed a deep appreciation for and allegiance to the Union. All, from whatever state, became “Americans” and willingly went to war to preserve their Union.

“I can express all my views…by quoting Henry Clay,” President Abraham Lincoln declared at the outbreak of the Civil War. “My paramount object in this struggle is to save the Union.”

Does anyone in The White House or Congress want to do the same?

Harlow Giles Unger is the author of twenty five books, including ten biographies of the Founding Fathers and three histories of the early American republic. His latest book, Henry Clay: America’s Greatest Statesman, has just been published by Da Capo Press.