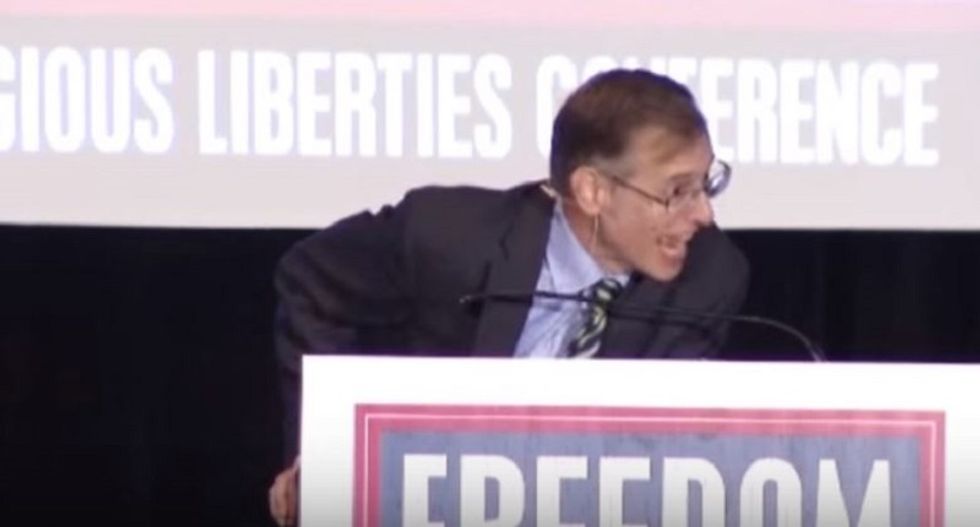 It may be no surprise that disturbing and extremist views were expressed at the two-day National Religious Liberties Conference, mainly organized by Kevin Swanson, best known for advocating the execution of LGBT people.

But of all the unhinged things said at the conference, where GOP presidential candidates Sen. Ted Cruz, Mike Huckabee and Louisiana Gov. Bobby Jindal spoke, perhaps Swanson calling on America to repent for a fictional British wizard created by a British author may have taken the cake.

According to Right Wing Watch's Brian Tashman, Swanson said America should repent for Harry Potter, and also for the fact that Potter wizard master Albus Dumbledore was gay.

Swanson also said country music, the computer-animated film How to Train Your Dragon and the Disney cartoon Frozen are Satanic.

It is unclear whether Swanson is aware the Harry Potter series, written by J.K. Rowling and set entirely in England, is purely imaginary, because he added that God's judgment would be coming soon for Harry Potter's homosexuality, according to Tashman.

Swanson ended the evening by saying he wants to give LGBT people a chance to repent before implementing the death penalty against them, Right Wing Watch reports.

Watch Swanson's meltdown about Harry Potter and other forms of entertainment, via Right Wing Watch, here: