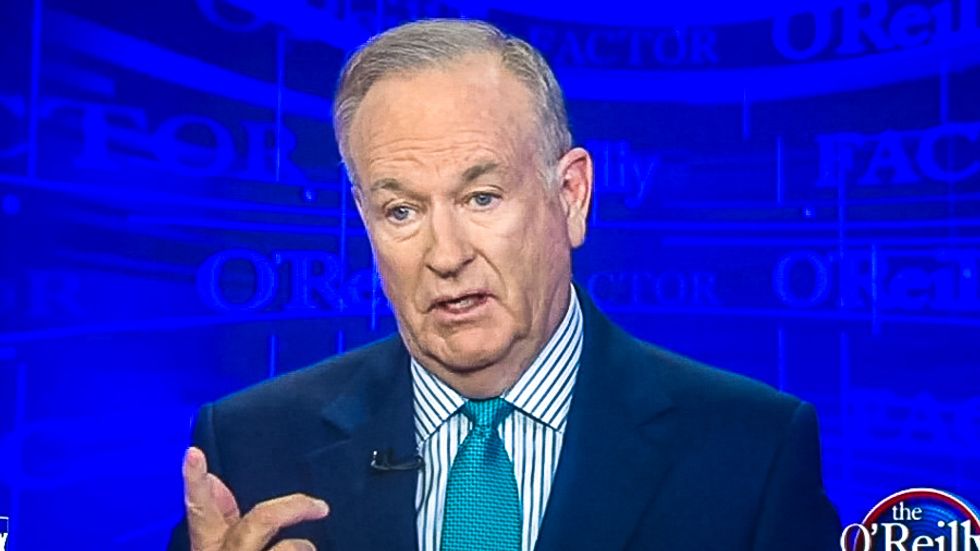 "The group Black Lives Matter has gained traction among the left in America by saying the American system is out to punish black people," O'Reilly opined. "At the same time, violent crime generated by African-Americans is an enormous social problem."

To underscore his point, O'Reilly recalled the recent shootings of Amanda Blackburn and Peter Gold, who are both white.

"African-American young males -- I think it's between 15 and 24 -- commit way out of proportion crime to every other group," the Fox News host told contributors Lis Wiehl and Kimberly Guilfoyle. "So Black Lives Matter, they run around and say American society is punishing and stalking young black men when the reality is young black men are doing far more damage than the police in Chicago."

Although O'Reilly said that he wasn't justifying police shootings in Chicago and Minneapolis, he did not mention Laquan McDonald, Jamar Clark or the details of their cases.

"But the horrendous situation in Chicago and Los Angeles and here in New York in some areas [is] generated by blacks," he insisted. "Most programs won't do this [type of report]. It is a complete double standard."

"When you have blacks that are killing this poor white woman, there's no Black Lives Matter coming after them!" Wiehl exclaimed.

"Because this doesn't match their singular focus," Guilfoyle agreed. "There's hypocrisy there, and they are essentially espousing hate against police officers."

"That's exactly right," Wiehl replied. "I almost think they are inciting violence to the point of hate crime. When they're coming out and saying 'pigs in a blanket' and all that, they're trying to incite that violence. If that escalates, that's a hate crime."

"If black lives matter, how come this group isn't in the South Side of Chicago when every weekend you've got a couple of dozen black lives lost," O'Reilly said. "And you know who's killing them? Other blacks."