Calif. HS students cut off from state colleges by funding and admissions issues 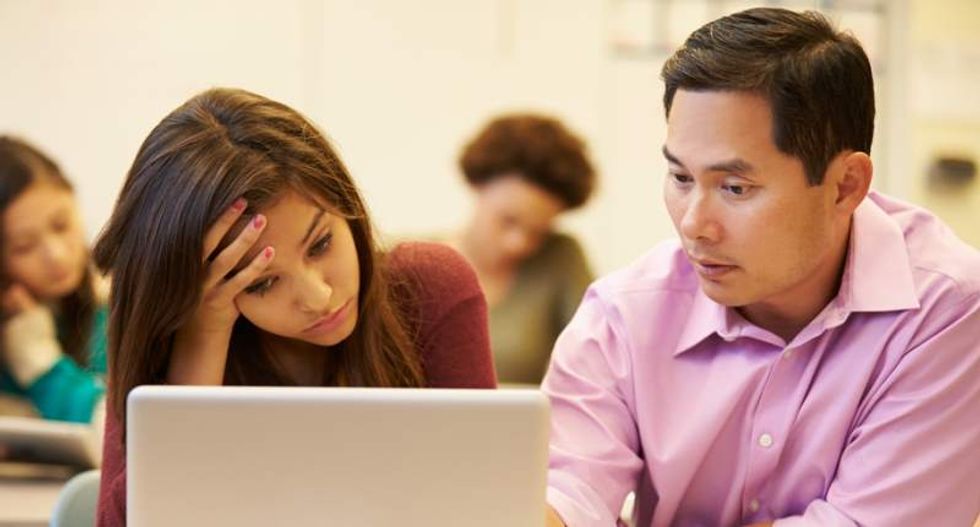 Insufficient funding and tighter admissions standards have made it too hard for California high school students to win admission to the state's public university system, a new report says.

The report by the Campaign for College Opportunity comes as the California State University system and the 10-campus University of California promise to make room for more in-state students as businesses in the state prepare for an anticipated shortage of more than 1 million people with bachelor's degrees.

“It really goes to show how far behind California is in terms of sending students directly into four-year campuses to get a degree at a time when obviously more and more jobs require that level of education,” said Michele Siqueiros, president of the Campaign for College Opportunity, a Los Angeles-based advocacy group.

Despite the job market's higher demand for skilled employees and more students interested in going to college, only 11 percent of Californians between 18 and 29 attend four-year public institutions, the report showed.

Students are far more likely to complete a bachelor's degree if they start out at four-year institutions instead of two-year community colleges, yet California ranks No. 50 in the country in the number of students sent directly to four-year universities, Siqueiros said.

“California’s system of higher education was structured so the majority of undergrads would go directly into community college,” transferring later into four-year institutions to finish their degrees, Siqueiros said.

The study says state spending is at a 30-year low per student in a higher education institution, leading to a lack of spaces for qualifying students.

For the 2015-2016 school year, the University of California admitted 60 percent of California residents who applied, down from about 63 percent the year before, state data show. By comparison, the acceptance rate for international students increased to 62.2 percent for the autumn of 2015 from 60.1 percent last year.

International and out-of-state students pay more in tuition than Californians, and critics have accused the university of admitting them at the expense of Californians.

The California State University system has been forced to turn away 20,000 to 30,000 qualified students for each of the past six years because of funding issues, a spokeswoman said.

"In the absence of adequate, sustained and predictable funding from the state, CSU enrollments cannot keep pace with the demand," spokeswoman Toni Molle said in an email.