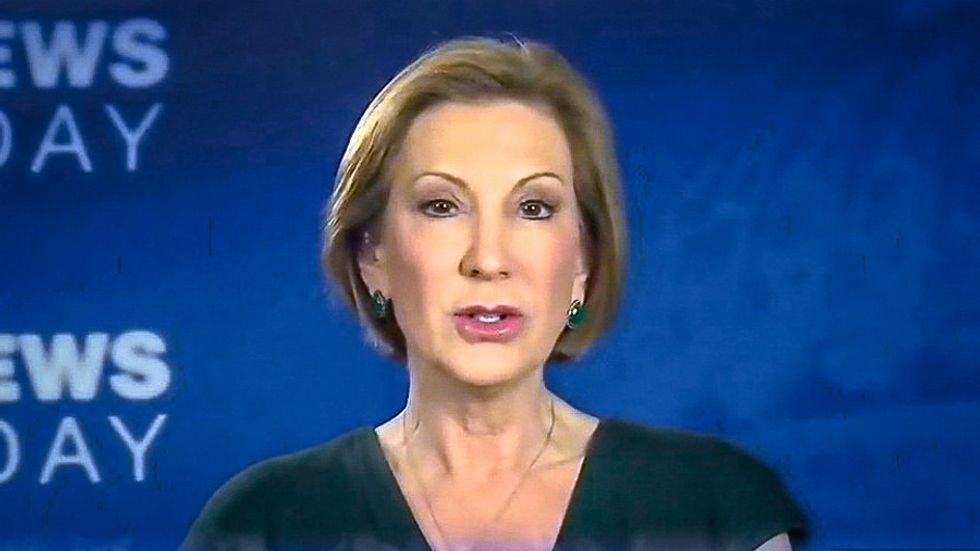 Republican presidential candidate Carly Fiorina suggested on Sunday that conservative women faced a "double standard" because they were attacked with sexist remarks about their appearance while Democratic candidate Hillary Clinton was not.

Fox News host John Roberts pointed out that hosts of ABC's The View had said that Fiorina looked "demented" because she forced herself to smile throughout the Republican presidential debate.

"Is there a double standard here for Republican women?" Roberts asked. "I can't imagine that they would say things like that about Hillary Clinton."

"Conservative women from Sarah Palin to Michele Bachmann to Carly Fiorina are long used to this," she added. "It will not stop me, it will not scare me."

According to the GOP hopeful, the hosts of The View represented "liberal feminists who believe that if you do not agree with them on their liberal orthodoxy that you don't count, that somehow you're not a woman."

Fiorina continued: "I also know that unless and until women's potential is fully unlocked in this country -- and women have been crushed under the Obama economy -- that we will not be as good of a nation as we can be. And frankly, I am tired of being insulted by liberal feminists who talk about women's issues when the reality is that every issue is a woman's issue."

"Nevertheless, I'm going to continue to stand up, stand strong, talk about what I believe in. And I am Hillary Clinton's worst nightmare as a result."

The history of sexist attacks against Clinton is well documented. A recent analysis found that "bitch", "c*nt" and "slut" were the three most common insults directed at Clinton on social media.