Ex-officer destroys pro-cop pundit on C-SPAN: Finding racist police is not like 'spotting a rainbow unicorn' 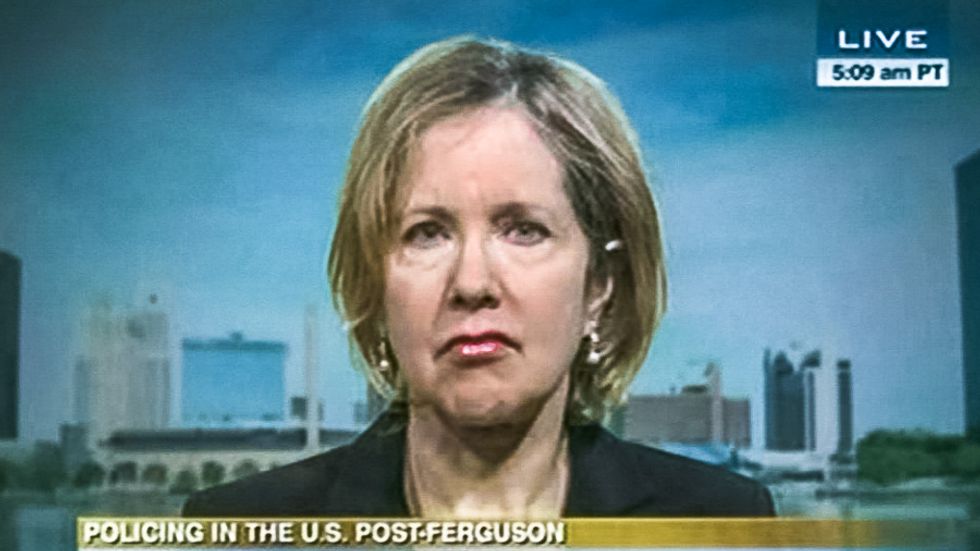 A former police officer took on Heather Mac Donald, a fellow at the conservative Manhattan Institute think tank, on Monday for acting like racist police officers were as rare as "spotting a rainbow unicorn."

During an appearance on C-SPAN's Washington Journal, Mac Donald argued that America was less safe because officers had responded to the "Ferguson effect" by curtailing so-called "proactive policing."

"Contrary to the claim of the Black Lives Matter movement, the result is not a halcyon period for those many law-abiding residents of inner cities who want the police and need them," she explained. "The result is the type of bloodbath that [FBI Director James Comey] rightly is happening in cities across the country."

"It's putting everybody's lives at risk and the ethos that says today that cops are racist for acting on their good faith observation of suspicious behavior is going to result in more use of force," Mac Donald said. "With more and more people resisting arrest now, unfortunately, we are sort of in a vicious spiral where officers are going to be provoked to use force more often themselves. Thereby fueling what I think is a not fair discourse about policing."

The conservative pundit added that the Black Lives Matter movement had indicted "the entirety of policing and says that somehow the police in every jurisdiction have developed racist attitudes whether they're black or white [and] that's simply not the case."

Although the majority of callers disagreed with Mac Donald, a former police officer named James from North Carolina stood out.

"Ms. Mac Donald is about to make my head explode," James said, explaining that he served on the force in the 1980s.

"I think the first night that I went out on patrol with my field training officer, he asked me, 'What do we call a nightstick?'" James recalled. "He told me, 'We call a night stick a n*gger knocker.' That's what he told me. That's when I knew I wasn't going to stay in law enforcement."

"That's when I knew and racist cops aren't like spotting a rainbow unicorn," he continued. "It's a lot more prevalent that Ms. Mac Donald wants to acknowledge. We need to just quit calling it anything other than racism. Racism is precisely what it is."