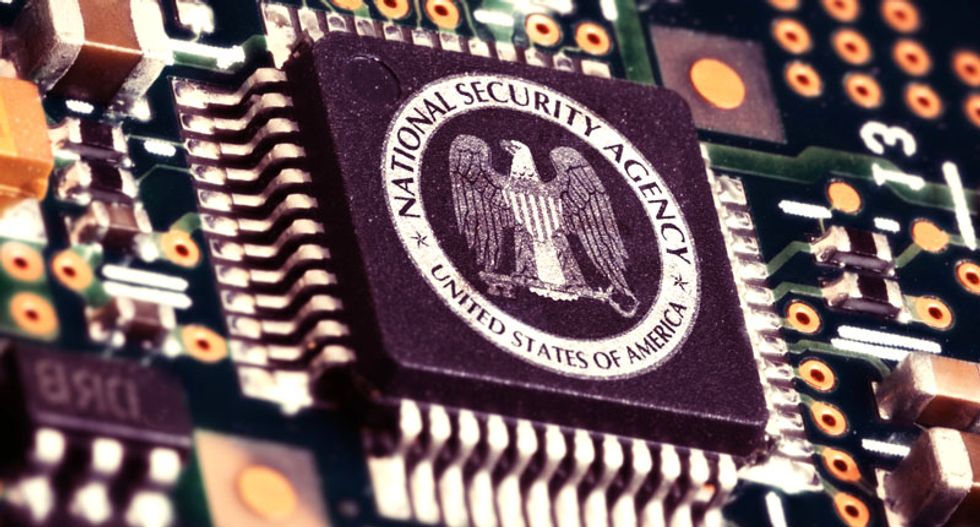 A federal judge ruled against the National Security Agency on Monday, saying that its bulk collection of telephone metadata “likely violates the Constitution”.

In a case brought by activist Larry Klayman, Washington DC district court judge Richard Leon ruled that the NSA must cease collecting the defendants’ information. Leon said he believed it was “substantially likely” that “the program is unlawful”, and that in that event, “the plaintiffs have suffered concrete harm traceable to the challenged program”.

A different panel of judges in a similar case ruled in favor of the NSA in October.

As a result of the ruling, the NSA must also quarantine the data it already has related to Klayman, a conservative activist attorney and founder of Freedom Watch, and his co-plaintiffs, Charles and Mary Ann Strange. A Department of Justice spokesman said: “The government is reviewing the decision.”

The bulk metadata collection program, first made public by NSA whistleblower Edward Snowden, is due to end 29 Novembe. But the judge said that a Pyrrhic ruling was important given the high stakes. Klayman v Obama would not, he said, “be the last chapter in the ongoing struggle to balance privacy rights and national security interests under our Constitution in an age of evolving technological wizardry”.

Elizabeth Goitein, co-director of the Liberty and National Security Program at the Brennan Center, said: “It may seem symbolic, but it isn’t, because there is tangible harm ... There would be new data collected and stored for five years, and that’s not nothing.”

The ruling, said Gotein, “says you can’t just sort-of comply with the law, which is what the government had been saying it was going to do. There’s not wiggle room in the constitution.”

Snowden called the ruling “historic” in a message posted on Twitter.

“The government should now commit to destroying the call records that it collected illegally – not just its database of ‘raw’ data but any subsidiary databases that include query results,” wrote Klayman in a statement.

The government hid behind a veil of secrecy in order to conduct the “likely unlawful” activity, Leon found. “To them, it is pure ‘conjecture’ that ‘records of Plaintiffs’ calls have been’ or ‘will be’ reviewed ‘during the remaining two months of the Section 215 program,’” he wrote. “I wholeheartedly disagree.”

Leon said he regretted not issuing the injunction when he first ruled on the case, and that his faith in the appeals system had been misplaced. “In my December 2013 Opinion, I stayed my order pending appeal in light of the national security interests at stake and the novelty of the constitutional issues raised,” he wrote. “I did so with the optimistic hope that the appeals process would move expeditiously.”

“However, because it has been almost two years since I first found that the NSA’s Bulk Telephony Metadata Program likely violates the Constitution and because the loss of constitutional freedoms for even one day is a significant harm,” he continued, “I will not do so today.”