Filmmaker David Attenborough says solar power can save us 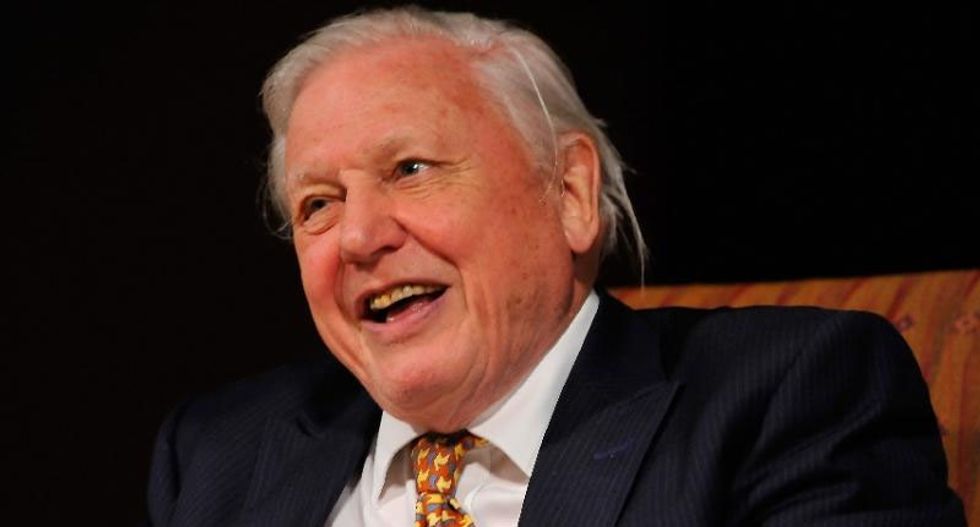 Filmmaker David Attenborough, 89, travelled from London for the opening of the high-stakes conference in Paris, which seeks to avert dangerous levels of global warming by curbing climate-altering greenhouse gas emissions (AFP Photo/Larry French)

Filmmaker David Attenborough, whose soothing voice narrated the vicarious journey of millions of TV viewers through the wonders of the natural world, called at a climate summit Monday for scientific investment in "saving the world".

Governments with science research budgets should be spending their cash on finding new ways to gather, store and distribute energy from sources like the sun, wind and waves, he said on the sidelines of a UN conference tasked with clinching a climate rescue pact.

"The essence of the thing is that it should be cheap," the acclaimed documentary-maker told AFP.

"Goodness me... if we could catch one five-thousandth part of the energy that the Sun sprays onto the Moon, onto this globe every day, we would supply all the energy requirements of humanity.

"So how inefficient are we that we can't get that much?"

Attenborough is one of the public faces of an initiative dubbed the Global Apollo Programme, which seeks to make renewable energy cheaper than coal within 10 years.

Supporters of the scheme include Lord Nicholas Stern -- author of a landmark 2006 report on the economics of climate change -- and Lord Martin Rees, a leading astronomer and former head of the Royal Society, Britain's prestigious academy of science.

The goal would be achieved by convincing governments to invest $15 billion (14.2 billion euros) a year in research and development -- a patch, the programme says, on the $100 billion spent annually on defence-related R&D.

The resulting knowledge and technology should be made freely available to all.

"Only saving the world," said Attenborough. "It's a small thing, but that's what it is."

- Easier to do nothing -

Making renewables cheaper than energy from coal, oil and gas was the only answer, added Attenborough.

"Then the nations of the world, developed or undeveloped, would choose to use that rather than carbon-derived fuel so that the coal and oil which has caused so much trouble now will stay in the ground where it's out of trouble."

Attenborough, 89, travelled from London for Monday's opening of the high-stakes November 30-December 11 conference in Paris, which seeks to avert dangerous levels of global warming by curbing climate-altering greenhouse gas emissions.

"It is much easier not to do anything," he said of the years-long struggle to get nations to agree on action.

"It is much easier to say: 'Oh no, no there's no problem really... we're doing fine, we're making a lot of money, what's the problem?' It's much easier saying that."

Attenborough said he was encouraged by the tone of US President Barack Obama's address Monday.

But he called for greater ambition, citing the 1960s Apollo space programme whose name inspires the new drive for cleaner energy.

Attenborough narrated hugely popular BBC nature programmes, including the 1979 "Life on Earth" series watched by an estimated 500 million people around the globe.