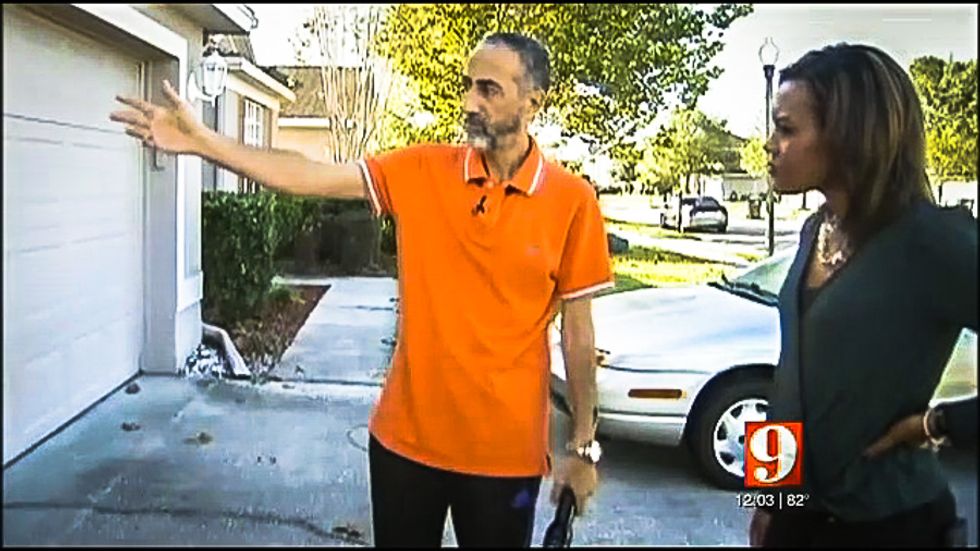 A Muslim family in Florida told local media on Monday that their home had been targeted with gunfire due to backlash from the Paris attacks.

Orange County resident Amir Elmasri showed WFTV the hole where a bullet passed through his garage door and into the master bedroom. Elmasri said that he found the bullet in a dresser drawer in the bedroom.

According to Orange County deputies, evidence gathered at the scene suggested at least three bullets were fired at the home. The shooting was thought to have occurred between 8 a.m. and 10 a.m. on Sunday when the family was away.

The police report noted that the victim “expressed concern and believes this incident may be retaliation towards him for the recent terrorist attacks in France because he is Muslim."

“We are as peaceful as any American family,” Elmasri insisted. “I mean, why would you shoot at my garage?”

Elmasri pointed out that his family was now living in fear.

“They feel unsafe now,” he explained. “Why somebody is shooting at us, what did we do?”

As for men who staged the attacks in Paris, Elmasri lamented that they were "making my religion bad."

“The people who do it happen to be Muslims, but with the wrong idea," he said. “So just like the sick people here who shoot in theaters, they happen to be sick, but we don’t blame it on the religion.”

The Washington Post reported that at least two U.S. mosques had received threats and one Canadian mosque had been set on fire following last week's attacks.