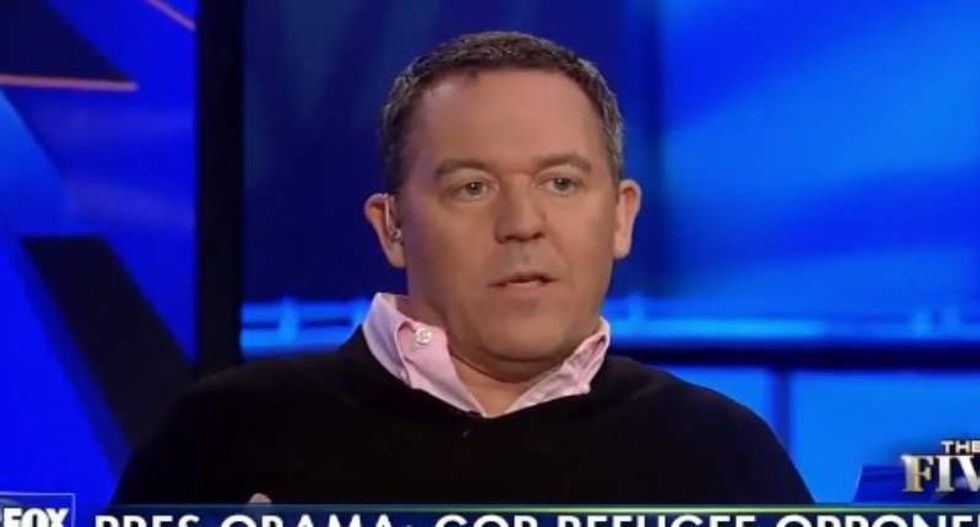 "We must harden more than targets, but also our memories," Gutfeld said. "On occasions we reenact historic events. At Christmas it's the nativity scene; I might have been a sheep. On Thanksgiving, kids reenact pilgrims and Indians giving thanks. We need a reenactment of heroism to teach the young its value. A Flight 93 day, where kids replay a key moment in history when citizens did what the government couldn't do -- saving countless lives as they lost theirs."

Passengers onboard the flight, which was traveling to San Francisco from Newark, attacked the hijackers and forced it to crash in Pennsylvania, killing not only the hijackers but all 44 passengers.

On Wednesday, Gutfeld complained that "MTV stars" and Charlie Sheen were popular topics on Twitter following last week's terrorist attacks in Paris. He did not mention that both the attack itself and several hashtags created in response were also heavily-discussed on the online platform.

"It's a sickness we have, this instant amnesia, and it's up to us to destroy it before it destroys us," he said.

Co-host Eric Bolling followed up Gutfeld's commentary by suggesting that the strict gun safety laws in France stopped victims from defending themselves.

"At any given time, in any theater here, there's probably three or four people with a gun -- maybe not New York, but in cities outside of New York and Chicago and D.C. and L.A., other cities, in a group of 1,000 or 1,500 you would think" he said. "But Paris probably none. The 'gun-free zones' are the softest targets."

Watch the discussion, as posted by Media Matters on Wednesday, below.