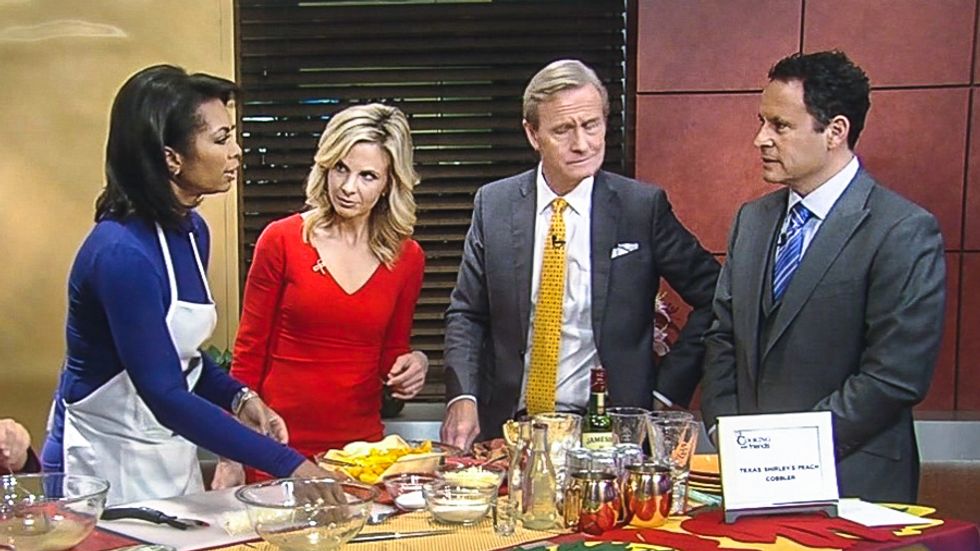 Fox News host Harris Faulkner appeared momentarily stunned during a Thanksgiving cooking segment on Wednesday when host Brian Kilmeade asked her if she served Kool-Aid with her meals.

On the final episode of Fox & Friends before the Thanksgiving holiday, Faulkner shared her recipe for making peach cobbler.

As with most short morning show cooking segments, Faulkner was rushing to explain how the dish was prepared until Kilmeade forced her to do a double take.