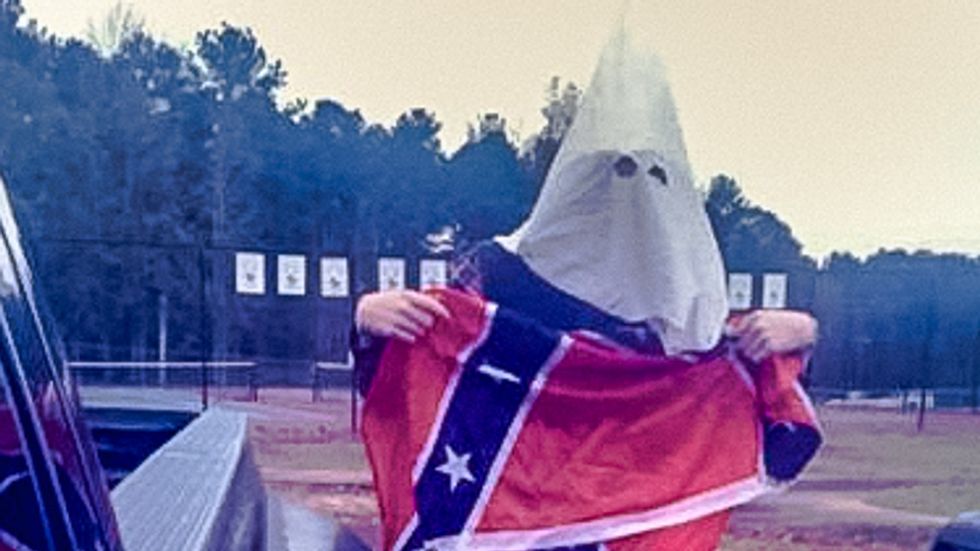 Officials at East Coweta High School in Georgia said this week that it had launched an investigation into a student who dressed up in a white Ku Klux Klan hood and a Confederate flag before class.

In a letter to parents obtained by The Atlanta Journal-Constitution, principal Steve Allen explained that the school had become aware of the incident after a photo was posted on social media on Tuesday.

"The two students who were involved were identified and an immediate investigation was conducted," Allen wrote. "From the school’s investigation, it was determined that no specific threat was made in the incident. The school system is continuing to investigate the matter, and is implementing disciplinary consequences."

Allen added that the school would "not tolerate behavior intended to bully, harass or intimidate others on our campuses."

The Journal-Constitution noted that social media posts indicated that the students involved may have already been suspended. The school has said that it would continue to investigate the matter.