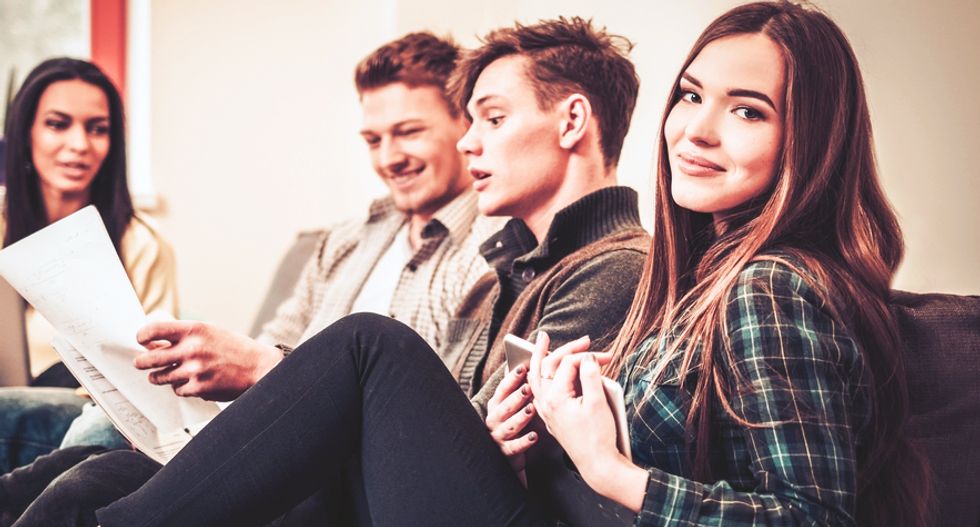 Today’s 20-somethings and even those in their early 30s came of age in what may have been the worst national real estate market on record since their grandparents were born. Now a major online realtor wants to persuade them that it’s high time to take a risk; that it’s time to walk away from paying high rents in some costly markets and pay high prices to buy their own homes.

There’s nothing wrong with the mathematics at the heart of the analysis by Trulia: the raw data show that it’s 23% cheaper for a millennial aged 25 to 34 to buy their own home than to rent, based on the fact that they might only be able to afford a 10% down payment and are likely to move every five years or so.

The fact that interest rates are near historic lows, while rents are at astronomic levels in many urban areas, also tilts the balance in favor of buying by any objective standard. Trulia argues that the 30-year fixed mortgage rate would have to hit at least 5% to make renting cheaper than buying in Los Angeles, and top 5.1% in New York City (assuming a 10% down payment). While mortgage rates are on the rise, in anticipation that Federal Reserve policymakers will finally begin boosting key central bank interest rates next month, the rate charged on a 30-year mortgage still averages only 3.98%.

Trulia is even urging millennials to push the envelope . Buy a house, they suggest, and nosh on ramen noodles to make mortgage payments for a year or so, because after a raise or promotion or two, that new apartment or house in Boston or Seattle will look like a bargain and be a much easier financial burden.

But for many Americans, the tradeoff isn’t that easy. And to be blunt, it shouldn’t be. The ideal of home ownership is wonderful – and there are many advantages, not least of them the fact that your mortgage interest payments are tax deductible and your monthly payments help you acquire an asset, rather than assisting your landlord in building his or her wealth. For most Americans, it will end up being the single biggest financial asset.

But if you don’t plan carefully, your dream of home ownership can end up as a financial nightmare. Here are the points to ponder.

Trulia is arguing that millennials should stretch themselves financially, basing that argument on a hypothesis that may – or may not – be valid: that they can expect their incomes to rise and their personal financial outlook to improve. You’ll need to be ruthlessly honest with yourself: is that likely to be the case with you?

More than any other single factor, what anyone wrestling with the buy v rent decision needs to ponder is the extent to which they are stable. That means how stable their job is (and how likely they are to get promotions and raises over the coming years), how stable their relationship or marriage is (is there a risk that they might have to sell the house at a bad time in the market because of a divorce or split?), and how stable their career path is (might they move cities or states to work for a different company or attend graduate school?). If the answers to any of those questions signals doubt – that they might not be committed to staying in that house for the next five or more years – then regardless of what the mathematics says, buying probably isn’t a good idea.

That’s because while a house purchase can make sense – even tenuously – when you run the math, it may still not be wise when you examine life circumstances. I learned this lesson firsthand when the house I bought just before my 28th birthday sat unsold for a full year after my employer relocated me to New York to work several years later. I knew when I bought it that I wasn’t committed to staying in Toronto for the rest of my life, but had blithely assumed that I’d always be able to sell it. What I hadn’t counted on was that the timing of my move would coincide with a period in which interest rates doubled; that wiped out every penny of equity and all of my savings – an expensive lesson to learn. A great many homeowners found themselves in precisely the same predicament during the housing crisis: needing to sell because they were relocating, because they were elderly or because they were military families asked to deploy overseas, but unable to find buyers because of the market conditions. So, evaluate your circumstances.

Be equally honest about your finances. Of course, in some markets where both rents and housing prices are high, the market may impose this discipline on you, making it impossible to save enough for a down payment . (Even Trulia acknowledges that renters and buyers alike are doomed in ultra-tight markets like San Francisco.) But if you’ve got a pristine credit rating and can scrape together a 10% down payment, even banks that have become more disciplined about lending may give you the rope with which to hang yourself in the form of a mortgage.

But the costs of home ownership don’t stop with the mortgage. Remember, you’ll also need money to pay property taxes, and the bank that gives you your mortgage will want proof that you’ve got an insurance policy on your new home. When you were renting, there’s a chance that your landlord covered some of your utility expenses: almost certainly he paid a water bill, and possibly either heating or power. Now, all that will be your responsibility. You spot an ominous drip in a ceiling? That’s now your responsibility to fix – quickly, before it becomes a flood. That parade of ants through your kitchen in spring? That’s up to you to control, along with the signs of mice nibbling on the edges of your cereal box in the kitchen cupboard. The refrigerator that you bought along with the house dies, and that’s another expenditure ... and then there’s the time that you invest in mowing the lawn, painting the walls, and so on.

You’ll also have to keep putting money into your retirement savings plan, because your house can’t end up being 100% of your nest egg.

This might not even be the right time to buy, anyway. Sure, rental prices are high, but chasing housing prices higher is rarely a wise plan. You may feel that houses are becoming less and less available, and less and less affordable, and you’d be right on both counts. Home prices have risen at 13 times the rate of the typical American’s earnings in recent years, which is in part due to the fact that the number of homes available for sale has been running well below the number that realtors say is required for the market to be in balance. Still, it’s rarely a good idea to get involved in a bidding war simply to ensure you’re buying instead of renting.

Millennials – and others – who are mulling the renting v buying tradeoff should also ponder some of the long-term market dynamics that will affect the housing market now. If they buy today, with a minimal down payment, they won’t have much of a cushion to protect their primary asset from any erosion in value in the future. And there are at least a few reasons I can think of why such a selloff might occur.

First of all, there’s the market itself. We just don’t know what the reaction will be to a rise in interest rates and mortgage rates. Nor do we fully understand how many properties are left over from the financial crisis and the related real estate debacle, that have been repossessed by banks or whose owners still inhabit them but remain in default on their mortgages. Many more of these homes could make their way onto the market in the coming months and years. That probably won’t happen in the most costly urban markets that were least affected by the crash, such as San Francisco or New York, but if you’re looking to buy in, say, Las Vegas, it’s something to bear in mind.

Then there are the baby boomers, whose retirement savings fall far, far short of being able to generate an adequate income for their golden years, and whose homes are by far their largest asset. For many, who are approaching retirement in the next five to 10 years, that will mean selling their home – and flooding the market with another wave of properties for sale.

And while it’s true that low interest rates are tempting to home buyers, if you’re using those low rates in order to make a costly purchase, that’s problematic. A potentially more alluring scenario might be to continue living, when possible, in a small and inexpensive studio and sock away at least some money in a savings account, and then emerge a few years down the road, able to make a much larger down payment when rivals can’t afford to borrow much at all in a higher rate environment. If you’re borrowing less, your monthly payment might still be the same, but with a big downpayment you’d be a bank’s preferred customer and a seller’s preferred buyer in a competitive bidding situation. Then, too, you’d find that your house appreciates in value as interest rates decline and you’d be able to cut your financing costs as well.

We’ve seen what happens when Americans quaff the real estate Kool-Aid. I’m not sure that we can handle a repeat.