How Fox ate National Geographic -- and will it survive? 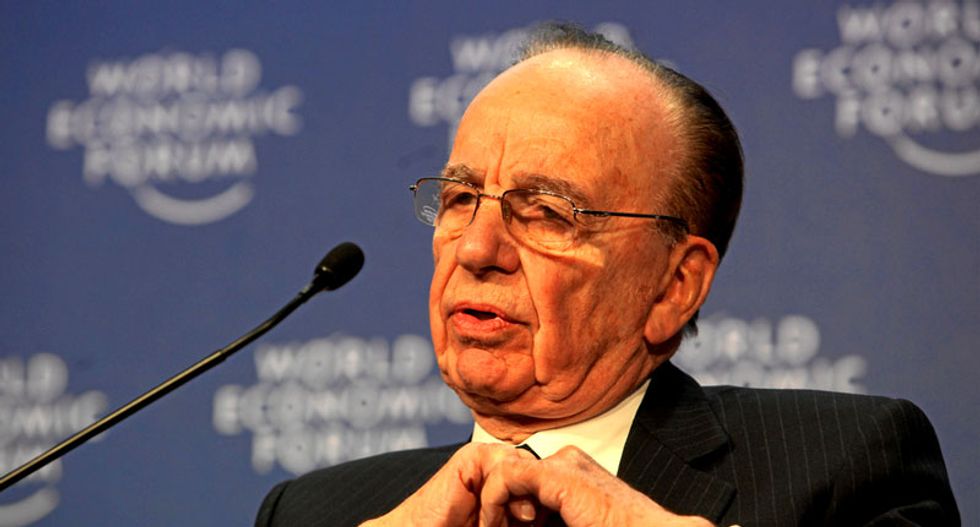 Over the last few years the National Geographic Society has been slowly vanishing into the Murdoch family’s Fox media empire like a gazelle being swallowed by a python in one of the former’s famous videos. This month the consummation will be complete and Fox will take full control of NatGeo’s major assets – its stake in the TV network, its flagship magazine, its TV studio – in a $725bn deal.

The process has not been easy, or without controversy. In September, when the deal was announced, former staffers and others were incensed . “I told my wife I would rather see National Geographic [magazine] die an honorable death than be swept into something it’s not supposed to be,” said veteran NatGeo marine photographer Brian Skerry at the time. The Society will continue to exist as a separate entity.

Earlier this month, the company announced the largest round of job losses in its history, prompting a wave of bitterness from lovers of the storied science brand – one former NatGeo worker describes the first deal between the companies in 1997 as “inviting Fox into the henhouse”. Employees dubbed October “ Choptober ”. This month is “Knivember”.

James Murdoch has said there will be minimal change at National Geographic and the aim is to maintain its editorial approach and voice rather than to change it. Not everyone is convinced , but the hard truth about the acquisition, which will make the much smaller National Geographic a for-profit company, is that it may be the only way the magazine, edited and founded by the family of Alexander Graham Bell, could survive.

“Even at the very beginning, the magazine subscription was dropping like a stone,” recalled a former executive. “The dirty secret is that NatGeo needed the money for their endowment. Nothing makes money. Nothing. The only thing holding them together is the channel now, spinning off money so they can be alive.”

The email that went around the National Geographic offices on 2 November was memorably terse and brutal: “Please make every effort to be available tomorrow, November 3rd, either in your regular work location, and/or by phone,” wrote Gary Knell, CEO of the soon-to-be-smaller company.

The subsequent job losses have been characterized as the end of an era for the storied science magazine and its various appendages in other media.

“As wonderful as it was to have those yellow magazines on our tables growing up, there’s no need for them any more,” said Andrew Wilk, the first head of programming at the network and one of the few people who agreed to be quoted on the record. Wilk was appointed by the Society itself when it launched in 2001.

“Those were incredibly lucrative years, and ‘membership’ in the National Geographic Society was a great thing,” he said. “There were millions of people worldwide, and those days are over, unfortunately.”

The National Geographic channel is not a big cable network, but that doesn’t mean it isn’t a moneymaker, especially by the standards of magazine publishing. Estimates provided to the Guardian by media analyst firm SNL Kagan put affiliate fees – the money NatGeo gets from cable providers just for sitting there on the dial – at $271.2m in 2015, projected to reach $284.7m next year. Ad revenue should jump from $165.9m to $171.1m over the same period.

On paper, the deal is hard to argue with: the company’s endowment was hovering below $225m before the deal, which will more than quadruple the fund to nearly $1bn. In an era long past the early 1990s’ salad days when the company’s flagship publication boasted 15 million subscribers (that number is now closer to 3.5 million), that’s the kind of money it needs to keep operating in any capacity, let alone its original grant-giving, philanthropic, globetrotting capacity.

NatGeo was one of the last wholly new networks to go on the air: these days, “new” networks are rebrands of existing channels, such as History’s sister net H2 turning into Vice. Such changes are tricky – networks are described broadly in carriage agreements, so if a channel switches gears too radically, it’s considered breach of contract with a cable operator – but they’re much easier than carving out an entirely new space on the dial. This is one of the last times that happened.

In the beginning, the network was the dream of Tim Kelly, then the head of the company’s own television unit, which produced National Geographic Explorer for CBS, among others. The group won scores of Emmys; 138 when Kelly left in 2012. But it was also costly, more interested in prestige than in cash, and times changed dramatically. Kelly had had a death in the family and was not available for comment; he now runs an education technology startup called Planet3.

The venture was a 50-50 partnership between two wildly different media companies: the Society’s foundations went back to a club of moneyed explorers including Bell and retired naval officer John Russell Bartlett, who had helped to capture New Orleans during the American civil war, and it had 300 hours of nature footage to sell. The Fox network had been on the air for a little over 10 years and had just debuted Dharma and Greg.

The network officially launched on 1 January 2001, with Laureen Ong as president and Wilk as head of programming. National Geographic had torn down its museum to build a studio on M Street and 17th in Washington DC to build a TV studio; everyone at National Geographic was excited about the new network’s news show.

There was an immediate culture clash; the penny-pinching cable world had to tell the high-rolling magazine people they weren’t going to be given the red carpet treatment any more: no more limos circling the block, no more first-class airfare.

The science publisher had been quick to negotiate favorable terms: in the contract were guaranteed payouts to Kelly’s production unit, National Geographic Television (part of the Society but not part of Fox) which would get an eye-popping amount – one source says $500,000 per hour of TV – with a guaranteed order of 44 hours of TV a year. “Geographic was always trying to monetize everything they had,” said one employee from the National Geographic side. “I sound like a Fox guy.”

By 2007 Ong was out, and David Lyle, fresh off the shuttered Fox Reality channel, was in. With president Howard Owens and Lyle as CEO, Lyle was quick to make changes. Memories of the companies’ history together divide along predictable lines: National Geographic loyalists insist that the company’s valuable brand had been sullied by the barbarians at Fox. The Fox crew contend that National Geographic lived in a fairyland of high-minded ideals funded – eventually exclusively – by Fox. When you’re starving to death in a gingerbread house, you choose between food and shelter.

NatGeo Wild launched in the US in 2010, with an emphasis on programming Lyle believed could take the fight to the network’s biggest competitor: the Discovery Channel. The upbeat offerings included Built for the Kill, Among the Apes With Michelle Yeoh, and Is Your Dog a Genius? Its programming was a preview of Lyle’s vision for the network, which adopted Big Cat Week – no relation to Discovery’s Shark Week – shortly thereafter.

Lyle green-lit adaptations of Fox News superstar Bill O’Reilly’s bestselling and controversial pop history books for the network, leading to record ratings and plenty of discontent among National Geographic’s purists. O’Reilly, beyond the errors in Killing Lincoln, Killing Kennedy, and Killing Reagan, co-written with Martin Dugard, represented overlap between the excesses of the Fox machine – inside of which Fox News covers climate change as though the topic was up for debate – and a company devoted to scientific research.

The company also launched what would become a flagship reality show about survivalists: Doomsday Preppers. “David Lyle basically told the NatGeo folks, ‘Leave me alone, I’m the TV guy and you’re the print people and I know what I’m doing,’” one source told the Guardian.

But recent years have not been kind to cable, or to reality TV generally. Ratings have fallen at Discovery and its sibling networks and indeed, across the dial.

Last year, both Lyle and Owens left the company, Owens first. “As a senior TV executive, I am supposed to say everybody is replaceable, but in Howard’s case I say without a shadow of a doubt, we couldn’t have done it without him,” wrote Lyle in a memo when Howard’s exit was announced, just a few months before he moved on himself . Courteney Monroe, head of marketing, took over and remains in charge.

This year has seen the “TV guys” finally take over for good: the acquisition of nearly all National Geographic’s assets was announced in September. Fox, for years the dominant partner in the supposedly equal relationship, would no longer be subject to the Society’s eccentric board. National Geographic Television still exists, though people interviewed here speculate that it won’t for much longer.

The National Geographic Channel will air an adaptation of Killing Reagan in 2016.