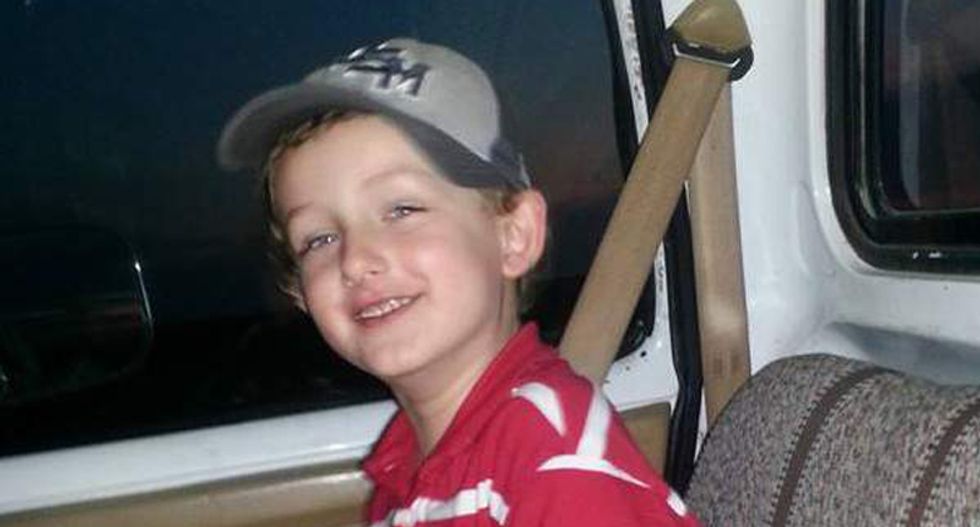 Two Louisiana police officers were arrested on Friday on charges of killing a 6-year-old boy and critically wounding his father during a car chase that ended in a volley of bullets, state police said.

The officers were attempting to serve an arrest warrant on the boy's father in the central Louisiana community of Marksville, authorities said.

State police were still piecing together what led to Tuesday's shooting and had reviewed footage captured on the officers' body cameras, Colonel Michael Edmonson, superintendent of the Louisiana State Police, said during a Friday press conference announcing the arrests.

"As I told you, we took some of the body camera's footage," Edmonson said. "I'm not going to talk about it, but I'm going to tell you this: It is the most disturbing thing I've seen. And I'll leave it at that."

The officers, Lieutenant Derrick Stafford and Officer Norris Greenhouse, were facing charges of second-degree murder and attempted murder, he said.

They were working for the Marksville City Marshal when they tried to serve an arrest warrant on a man identified as Chris Few, authorities have said. Few fled in his vehicle, with his young son, Jeremy Mardis, in the car, authorities said.

A preliminary investigation showed the marshals chased the vehicle and fired at it multiple times when the pursuit ended.

It was unclear if the arrested officers had obtained attorneys or how they would plead to the charges.

Two other officers were also under investigation in connection with the shooting, local media reported.

Marksville's Ward 2 marshal, Floyd Voinche Sr., told news station WBRZ the boy's death was tragic, and said the marshals were acting on good authority when they tried to stop Few.