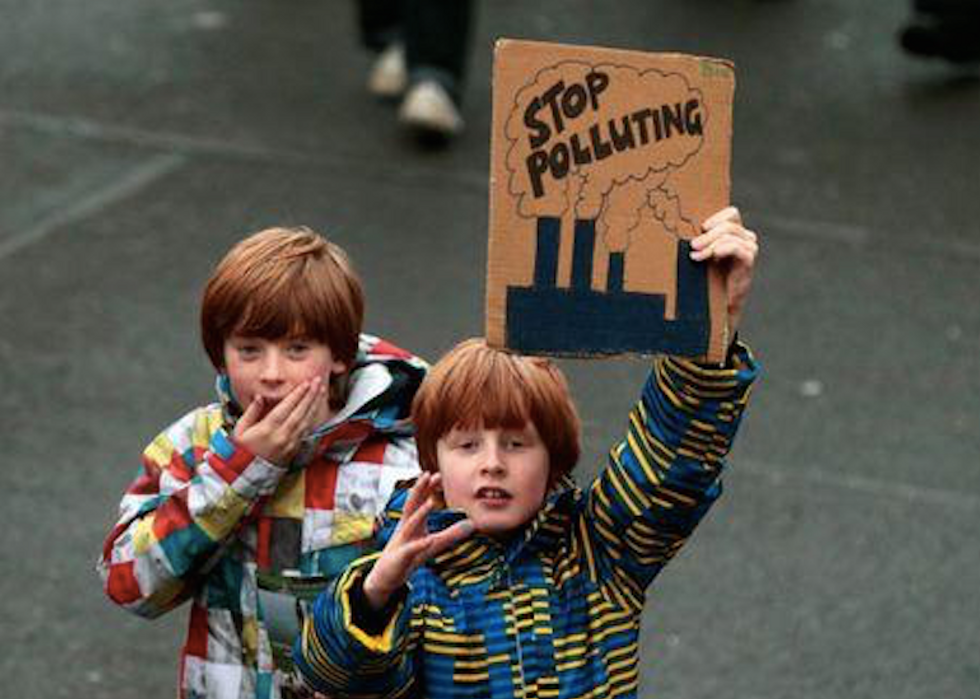 Image: Protesters demonstrate during a rally held the day before the start of the Paris Climate Change Summit, in London, Britain November 29, 2015. REUTERS/Suzanne Plunkett

The US and 18 other countries have pledged to double funds for clean energy research to a total of $20bn over five years, boosting a parallel initiative by Bill Gates and Mark Zuckerberg and increasing the prospects for successful agreement at the Paris climate negotiations that start on Monday.

The countries, which include the UK, Canada, China, Brazil, India and South Africa, span the biggest global economies and major emitters, oil and gas producers, and leaders in clean energy research, the White House said.

“This announcement should help to send a strong signal that the world is committed to helping to mobilise the resources necessary to ensure countries around world can deploy clean energy solutions in cost-effective ways in their economies,” said Brian Deese, a senior White House advisor.

The announcement came as the first of more than 130 world leaders began jetting into Paris in preparation for the crunch negotiations. They will attend the first day of the two-week talks on Monday, instructing their negotiating teams.

As the UN and the French hosts prepared for the arrival of world leaders, the Eiffel Tower was lit up with colourful climate change messages by Ban Ki-moon, the UN secretary general. Security was tight across the French capital, with many of the main roads around the conference centre shut for most of the day and a heavy police and army presence, following theterror attacks in the city earlier this month.

In central Paris, a largely peaceful demonstration of several thousand people forming a human chain was hijacked by a small group of masked anarchist activists, throwing missiles at the police and chanting that France had become “a police state”. The police responded by firing teargas and kettling the troublemakers.

Originally, a peaceful march through Paris had been planned, but that was banned by the government in the wake of the terror attacks that left 130 dead and scores more injured.

The Paris conference is seen as crucial to preventing runaway global warming, as failure to reach a deal would effectively bring to an end international efforts under the UN to control greenhouse gas emissions.

Countries are aiming to sign an agreement that would offer financial support to poor nations to help them cut emissions and cope with the effects of extreme weather, as well as targets on limiting global emissions that would come into effect from 2020, when current commitments run out.

David Cameron will tell the conference he wants “a global deal for a global problem” with a “robust legal framework” that would ensure the targets are met. He called for any agreement to include a long-term goal on avoiding dangerous temperature rises.

“This will give certainty to businesses and the public across the world that governments are serious about de-carbonising,” he will say.

A long-term goal is usually framed as limiting temperature rises to no more than 2C above pre-industrial levels by the century’s end. However, in an early sign that many poor countries favour a more stringent target, the Guardian has learned that on Monday the Philippine president Benigno Aquino and the heads of state of 42 other countries will sign a declaration urging the UN to adopt a more ambitious limit of 1.5C.

The Climate Vulnerable Forum (CVF), which includes the Philippines, Bangladesh and Costa Rica, will break ranks with the G77 group that traditionally represents the views of most developing countries.

“We are the countries who will suffer the most from climate change and against whom all the big [negotiating] groups like the US, EU and G77 are aligned. We are the majority: 106 of the 195 countries of the world want this 1.5C target. But there is no democracy here. It’s a power game and the powerful are not on our side,” said CVF spokesman Saleemul Huq. “We accept it is not realistic [in these talks ] but it is the right thing to do.”

The declaration will also be signed by Christiana Figueres, executive secretary of the UN Framework Convention on Climate Change, and Mary Robinson, former president of Ireland.