Marco Rubio: US should not take in more Syrian refugees after Paris attacks 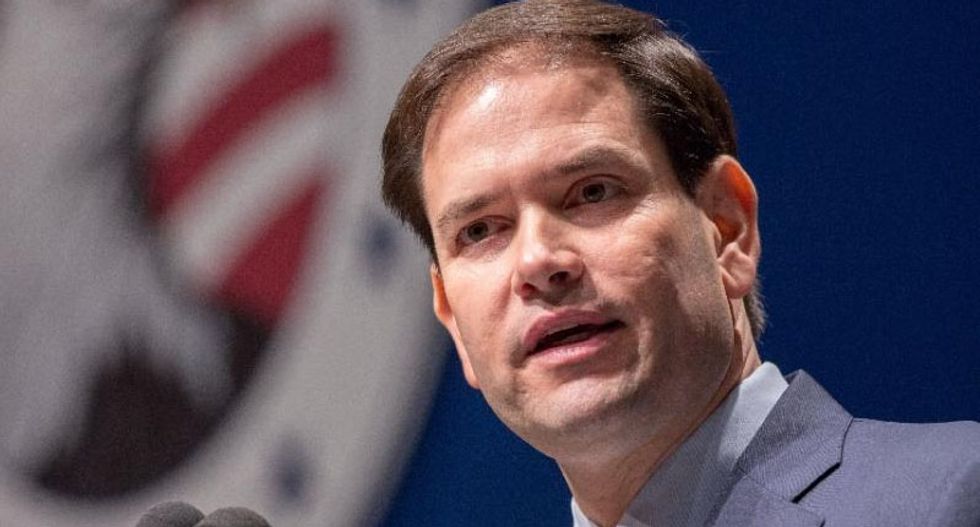 In light of the terrorist attacks in Paris, the Republican presidential candidate Marco Rubio on Sunday said the US should not take in more Syrian refugees.

The Florida senator had previously signalled openness to relocating some of the millions fleeing the Syrian civil war to American shores.

On Sunday, as other Republican candidates rushed to condemn the Obama administration over its policy on Syria and Islamic State and its willingness to increase such admissions – and as the GOP governor of Michigan said his state would not after all welcome any Syrian refugees – he switched course.

Isis, which has strongholds in Iraq and Syria, has claimed responsibility for the suicide bombings and shootings in the French capital on Friday which killed 129 people and injured 352 others, 99 of them critically.

The White House plans to accept 10,000 Syrian refugees in the next year, a number that pales in comparison to those of its European allies.

Like his rival Jeb Bush, Rubio cited concerns over the vetting of such refugees, stating there would be no way to conduct background checks in order to keep out potential terrorists.

“You can have a thousand people come in and 999 of them are just poor people fleeing oppression and violence,” Rubio said. “But one of them is an Isis fighter – if that’s the case, you have a problem.

Bush, appearing on CNN, said the US should “create safe zones inside Syria ”. He also appeared to advocate selective admittance on religious grounds when he said: “We should focus our efforts as it relates to refugees on the Christians that are being slaughtered.”

Rubio was one of the first Republican presidential contenders to indicate his support for accepting Syrian refugees, particularly Christians, in a September interview.

“We’ve always been a country that’s been willing to accept people who have been displaced,” said Rubio, the son of Cuban migrants. “I would be open to that if it can done in a way that allows us to ensure that among them are not infiltrated … people who were, you know, part of a terrorist organisation that are using this crisis.”

Rubio raised questions over the vetting of refugees at a forum in the Iowa last month, but he did not explicitly say the US should close the door.

Other Republican presidential candidates have pointed to the attacks in Paris as a reason for the US to enhance border security.

Rick Snyder, Michigan’s governor, had said his state would welcome Syrian refugees. On Sunday he announced that he was postponing those plans.

“There will be difficult days ahead for the people of France and they remain in our thoughts and prayers,” Snyder said.

“It’s also important to remember that these attacks are the efforts of extremists and do not reflect the peaceful ways of people of Middle Eastern descent here and around the world.”

He added, nonetheless, that his state’s “first priority is protecting the safety of our residents”.

At the Democratic presidential debate on Saturday in Des Moines, Iowa , all three candidates said the attacks in Paris should not change the fact that the US could and should take in refugees. But they agreed that background checks should be as thorough as possible, to ensure potential terrorists do not gain entry.

“I think that is the No 1 requirement,” the frontrunner Hillary Clinton said. “I also said that we should increase numbers of refugees.

“The administration originally said [10,000]. I said we should go to [65,000], but only if we have as careful a screening and vetting process as we can imagine, whatever resources it takes. I do not want us to in any way inadvertently allow people who wish us harm to come into our country.”

Humanitarian groups have called on the US to accept 65,000 more refugees. The former Maryland governor Martin O’Malley was the first to call for that number and he stood by it on Saturday.

“I believe that that needs to be done with proper screening,” O’Malley said. “But accommodating 65,000 refugees in our country today, people of 320 million, is akin to making room for 6.5 more people in a baseball stadium with 32,000.

He said: “There are other ways to lead and to be a moral leader in this world, rather than at the opposite end of a drone strike.”

The Vermont senator Bernie Sanders said there was “no magic number” for refugee admissions, but he agreed the US had the “moral responsibility” to welcome refugees.