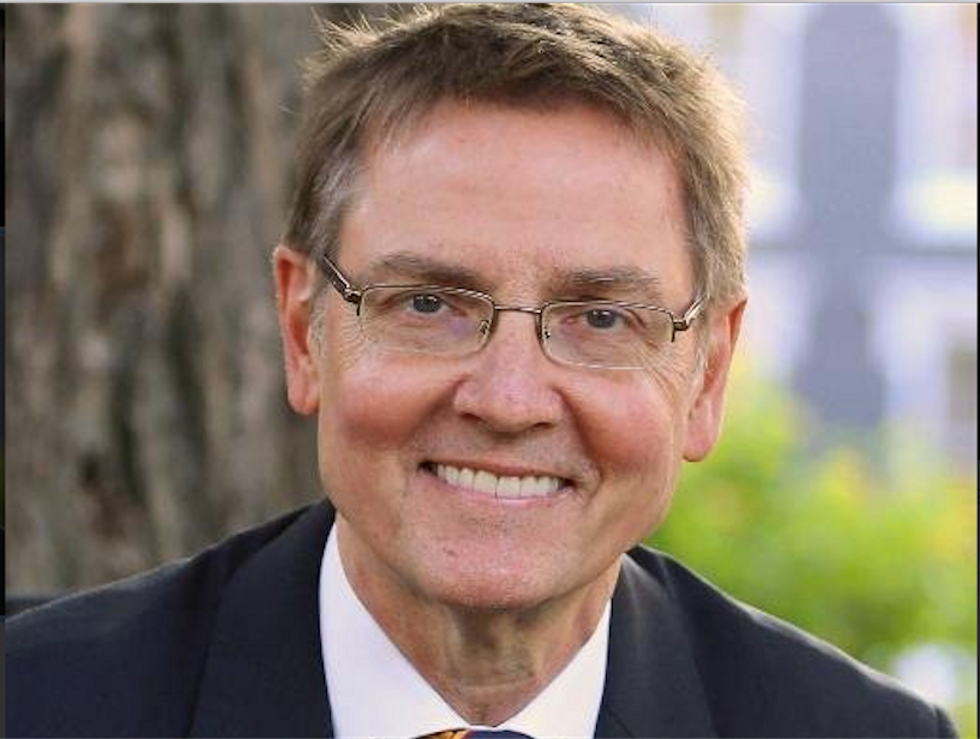 Image: Lexington, KY Mayor Jim Gray, one of the public officials named in Anonymous' dump of the names of alleged KKK members (Facebook.com)

All five mayors accused of being associated with the Ku Klux Klan by hacktivists affiliated with "Anonymous" have taken to social media to deny the charges.

"I am opposed to everything the KKK stands for. I have no idea where this information came from, but wherever it came from, it is wrong," Lexington, Kentucky Mayor Jim Gray wrote on Twitter.

On Monday morning, Anonymous began to release the names of 1,000 people who the group accuses of being members of the KKK.

Other officials named in the document dump have begun to deny the charges including Mayor Paul Fraim, the Democratic mayor of Norfolk, Virginia.

"People have been spreading a report from the Internet that I am involved with the KKK. This report is a hoax and is absolutely false," Fraim said on Facebook.

"I’m not even sure this is worth responding to, but for the record: There is a list circulating online purporting to “out” elected officials as members of the KKK. For reasons unfathomable to me or anyone who knows me, my name is on the list. Given my background, my interracial family, my public record and my personal beliefs, this would be hilarious except that it is probably being seen by a lot of people who have no idea who I am," Rogero wrote on Facebook.

"So, just to be clear, for anyone who doesn’t know me: Don’t be ridiculous," the mayor continued. "I began my political career working for the rights of farm workers with Cesar Chavez. I have spent decades working for causes of social justice and equality. As Mayor, I have pushed for diversity in our workforce and outreach to and inclusion of people of all backgrounds in our community. In concert with President Obama’s My Brother’s Keeper program, I began the Save Our Sons initiative to increase opportunities and reduce violence-related deaths among boys and young men of color. I have advocated publicly for LGBT civil rights, and I was the only mayor in Tennessee to sign onto the mayors’ amicus brief for the plaintiffs in the Supreme Court’s marriage equality case. In short, I don’t think the KKK would want anything to do with me."

"I strongly request that anyone associated with the creation and dissemination of this false and defamatory accusation retract it immediately," Rogero wrote. "It is irresponsible and slanderous. (Although, on a positive note, I do appreciate that they are using a picture of me from 12 years ago. Very flattering!)"

"Claims that I have ties to the KKK are totally false and irresponsible," Henry wrote on Twitter. "Our City celebrates and appreciates diversity and acceptance. Racism has no place in our society and my life."

Anonymous posted the names in a Pastebin account on Monday. Other politicians named by the group include Georgia Sen. Johnny Isaacson (R) and North Carolina's Sen. Thom Tillis, a Tea Party Republican.

“I worked for nine days to gather and verify all the information that was gathered before its release,” Amped Attacks told TechCrunch. “I got the information from several KKK websites when I [hacked] them and was able to dump their database. I went through many emails that was signed up with these sites and a few of the emails that sparked my interest was the ones of the politicians in question there would be no reason for them to be signed up on any KKK website unless they supported it or was involved in it.”

(Editor's note: This article was updated to include Tom Henry's statement. Also, Newsweek reported on Monday night that Anonymous has denied responsibility for the link published by a Twitter user identified as "Amped Attacks." The online activist group did, however, say it would release its own list of Klan members on Thursday.)