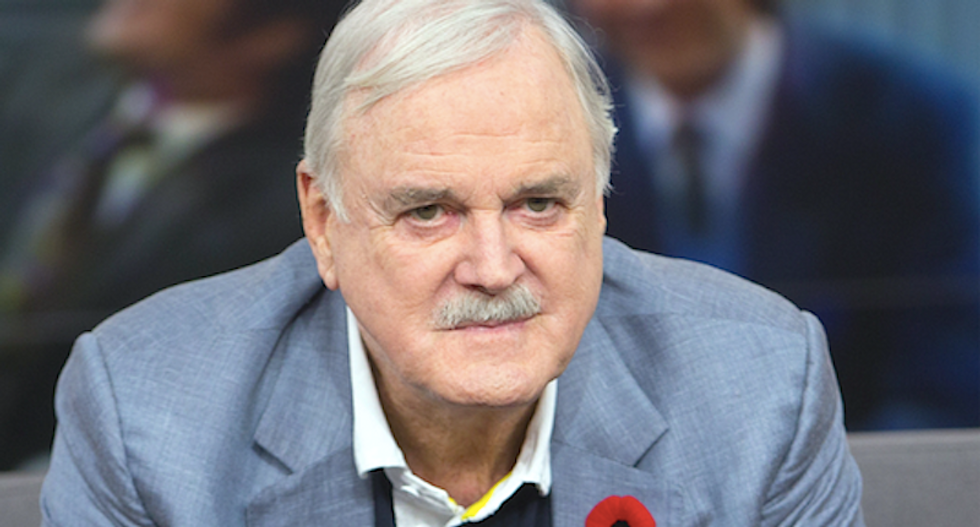 John Cleese has accused the BBC’s commissioning editors of having “no idea of what they are doing” and said he will never work for the corporation again.

The co-writer and star of BBC2’s "Fawlty Towers" – which was named as the best TV sitcom of all time in a BFI list to mark the millennium – also aimed fire at ITV’s director of television, Peter Fincham, branding his ideas for possible new shows “clichéd."

The Monty Python star, who was 76 last month, spoke out about his disdain for the current state of television – especially fly-on-the-wall filming techniques – in an interview with the magazine ShortList.

“There’s no way I want to work in TV, especially at the BBC," he said. "I have a nasty feeling a large proportion of the commissioning editors have no idea what they’re doing. I said this the other day, and a younger comic said: ‘No, there’s one at the BBC.’ Just the one.”

The comedian said he does not watch TV at all, except for sports, adding: “When I’ve got an evening off, I pick up a book as a reflex.”

Of a meeting with Fincham three years ago, Cleese said: “You could not imagine the abyss between our minds. Everything I was interested in, his eyes just glazed over. Every time Fincham suggested something, I thought, ‘Why would I want to do something as clichéd as that?’”

Asked about modern comedy, he said he admired Ricky Gervais’s "The Office," but was not a fan of the documentary-style camera work it helped popularize.

“I think you make people laugh the most if you don’t give them too many time sequence breaks," Cleese said. "In 'Fawlty Towers,' I always tried to make the sequences as long as possible, because you build the pressure.”