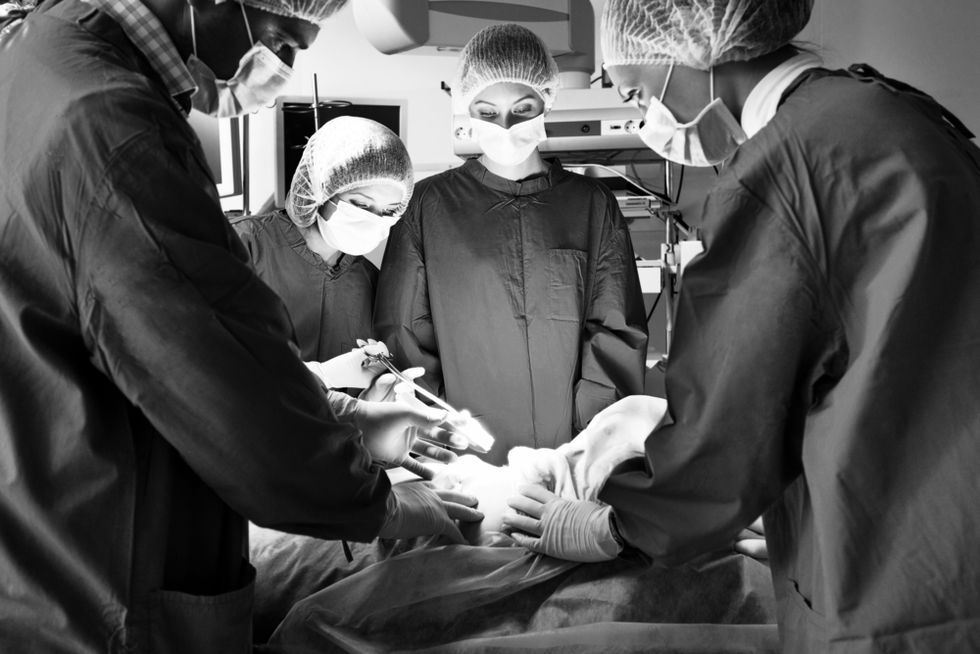 A plastic surgeon at New York University’s Langone Medical Center has performed the “most extensive” facial transplant ever.

Dr Eduardo Rodriguez performed the transplant over 26 hours in August. In that time, he gave a 41-year-old former firefighter from Tennessee, Patrick Hardison, the face of David Rodebaugh, a 26-year-old bike mechanic from Brooklyn who became braindead after a cycling accident this summer.

The procedure and the stories of the two men’s lives were extensively detailed in a piece written for New York Magazine by Steve Fishman and published on Sunday night .

Hardison was badly burned when responding to a house fire in Senatobia, Mississippi on 5 September 2001. He was given the semblance of a face with flesh transferred from his thighs, but in the years leading up to his surgery at Langone he underwent 71 operations at a rate of seven a year and became dependent on painkillers, wrecking his family life.

Of his appearance before the transplant, Hardison told Fishman: “Kids ran screaming and crying when they saw me. There are things worse than dying.”

Facial transplants are not common, but they have been performed around the world for 10 years. The first partial facial transplant was performed in 2005 on Isabelle Dinoire, a 38-year-old French woman who had been bitten by a dog. The first such operation in the US was performed in December 2008 on Connie Culp , a 46-year-old Cleveland woman who was shot by her husband four years earlier.

In Spain in 2010, a 31-year-old man named only as Oscar, a farmer who accidentally shot himself in the face, was given what was then described as the world’s first full facial transplant .

In the US in 2011, surgeons at Brigham and Women’s hospital in Boston gave a new nose, lips, skin, muscle and nerves to Dallas Wiens, a 25-year-old construction worker from Texas who was disfigured in an accident involving power lines. That operation was paid for by the US military . It could not restore his sight.

In the New York magazine piece, Fishman details the delicate, exhausting and perilous procedure which Dr Rodriguez followed – which he warned his patient would be “the most extensive face transplant yet performed”.

“Two days after [Rodebaugh] was declared braindead,” he writes , “at 7.30am on 14 August, the surgery began. Rodriguez started on Rodebaugh, carefully dissecting the half-inch-thick scalp away from the skull. He worked from the back toward the ears, then the nose, which he sawed off. The trick was to cut away the tissue while preserving nerves, muscles and the carotid arteries and the internal jugular veins – the ‘big pipes’.”

The procedure was not without drama, as Hardison’s jugular vein proved to be bigger than that which had belonged to Rodebaugh, causing Hardison to lose blood dangerously. Dr Rodriguez improvised, inserting one jugular into a minutely cut hole in the side of the other.

Hardison is now recovering. He will take immunosuppressant drugs for his life, and Dr Rodriguez told Fishman “there will be a rejection – not if but when”. Dr Rodriguez estimated that between three and five of the other patients who have received facial transplants around the world died after the new tissue was rejected.

One of Hardison’s sons, though, told Fishman : “When I see his face, I want to memorise it, so the next time I see him, I know it’s my dad.”