‘No more baby parts’: Planned Parenthood attack may have been politically motivated 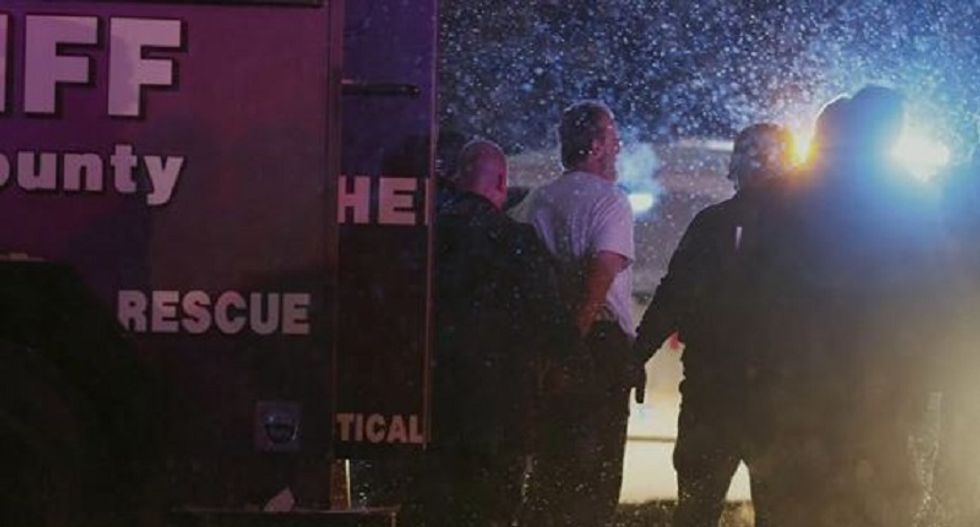 Robert Lewis Dear, a North Carolina man arrested and accused of shooting up a Colorado Springs Planned Parenthood facility on Friday, reportedly hinted at a motive.

Dear told police "no more baby parts," when taken into custody Friday night, an unnamed police source told NBC News. The statement seems linked to heavily-edited videos released earlier this year by the Center for Medical Progress, which were made to appear that the women's healthcare provider was harvesting fetus body parts for sale.

NBC reports that Dear's statements to police after his arrest Friday were "rantings" about Planned Parenthood. But police haven't released any official statements about Dear's motives, adding he also made statements about President Barack Obama.

Dear used an AK-47 rifle in the 5-hour shooting spree. He has a rap sheet that includes arrests for domestic violence and being a "Peeping Tom." NBC sources told the news outlet nothing in his background would have prevented him from legally obtaining the firearm.

"Today, we are learning that eyewitnesses confirm that the man who will be charged with the tragic and senseless shooting that resulted in the deaths of three people and injuries to nine others at Planned Parenthood's health center in Colorado Springs was motivated by opposition to safe and legal abortion," Cowart's statement said. "This is an appalling act of violence targeting access to health care and terrorizing skilled and dedicated health care professionals."

U.S. Attorney General Loretta Lynch has called the attack a "crime against women," according to the Associated Press. The nation's top law enforcement official said federal prosecutors will aid local agencies in any way they can.