NYPD's Muslim cops hit back at Trump: We're serving our city and our country -- what have you done? 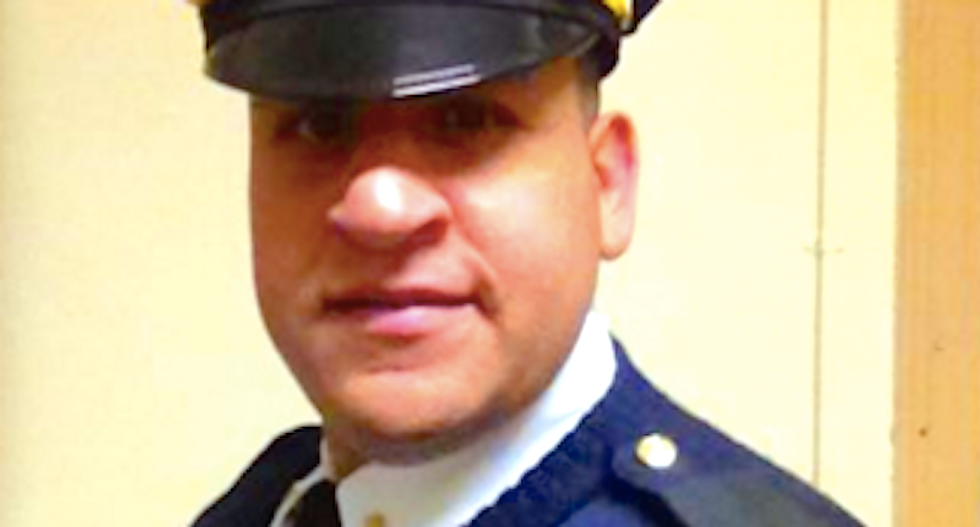 About 1,000 of New York City's police officers are Muslim -- and they're not happy about Donald Trump and other Republican candidates who are fanning the flames of anti-Islam hysteria.

"To me it is very ignorant, and there is more need to educate these candidates about the religion," Sgt. Muhammad Ashraf, a NYPD officer who emigrated from Pakistan when he was 20 years old, told NY1.

Trump has said he wouldn't rule out the creation of a database to track all Muslims in the U.S., and he did not dismiss a reporter's suggestion that Muslims might be required to carry special identification that noted their religion.

"Dear Mr. Trump: No need to register my family or any #MUSLIM family for that matter, as we are already registered and sworn service members of this great nation and city," said Lt. Ashraf Kamal, of the NYPD.

Kamal said he and his two brothers had served a combined 35 years in the U.S. military and NYPD. "Meet my MUSLIM family, 3 brothers, 1 family, 1 mission.... TO SERVE and give back to our country and city."

"Combined we have given our country 35 years of military service and our great city of New York 30 years of service," Kamal said. "So Mr. Trump, what service have you given this country that you so desire to lead???"

All of the Republican presidential candidates and many governors have suggested Syrian refugees should be barred from entering the U.S. over terrorism fears, but the NYPD Officers Society said Trump and others were promoting mindless hate.

"Whether it's from Donald Trump or whether it is from anybody else, it's disturbing," said Lt. Adeel Rana, of the NYPD. "The reason it is disturbing is because the immigrants, especially the immigrants and the Muslim immigrants are a part of the country."

New York's police commissioner said it was outrageous to question the loyalties of American Muslims.

"We have thousands of Muslim employees in the department, who are basically like the rest of us, who are citizens of this country who are concerned," said NYPD Commissioner Bill Bratton.

Some of those Muslim officers were disgusted that Republicans were exploiting the terrorist attacks in Paris for political reasons.

"It is just sad that we are in 2015, and yet people still use Muslims and Islam as a scapegoat or as a way to gain votes," said Capt. Jamiel Altaheri, a Yemeni-American.