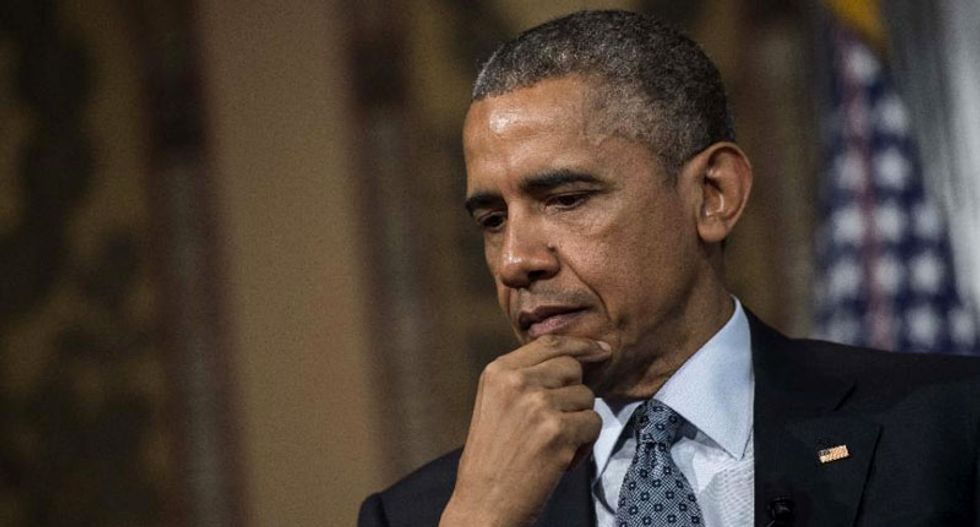 Just as the Obama administration is finally about to release its long awaited plan to “close” the scourge on our country known as the Guantánamo detention facility this week, Congress has cowardly voted to bar the transfer of any of its inmates to the United States. But don’t just blame Congress for this impasse – the Obama administration is just as guilty for keeping one of the world’s most effective terrorist recruiting tools open more than six years after vowing to close it.

It’s hard to list all of the incidents of censorship and violations of constitutional rights that have taken place under the Obama administration in regards to Guantánamo detainees, along with the many opportunities the White House has had to facilitate the closing of the prison but has declined.

To this day, more than 50 detainees have been cleared for release for years because they pose no danger, yet have remained locked away in cages for years in some sort of legal limbo. Two successive Pentagon chiefs have promised to move quickly on Gitmo, only for both of them to then drag their feet incessantly .

The release of the Obama administration’s latest plan to “close” Guantánamo is expected any day now. I say “close” because while the White House wants to shut the physical facility, much of what makes Guantánamo so abhorrent – like indefinite detention – will almost certainly remain .

The administration claims they cannot charge and hold a trial for dozens of detainees (in many cases, because torture will likely taint any evidence ), but they also say they consider them “ too dangerous ” to release from US custody. So the plan appears to be to let them rot in jail forever - in clear violation of the fifth amendment - in a supermax prison somewhere inside the United States.

Yes, the Democrats position on Guantánamo has been shameful, but somehow Republicans are worse. One of the places reportedly being considered to house the inmates is Colorado, which Republican Senator Cory Gardner is not too happy about. His objection is not the clear unconstitutional nature of holding prisoners indefinitely without charges, but the absurd notion that it is somehow dangerous to bring alleged terrorists into prisons in the United States, where dozens of convicted terrorists have resided for decades without incident.

As he told the Guardian last week : “I will not sit idly by while the president uses political promises to imperil the people of Colorado by moving enemy combatants from Cuba, Guantánamo Bay, to my state of Colorado”.

Republicans apparently still cling to the wholly imagined, cartoonish version of Guantánamo detainees. They believe that, if they’re held in a supermax prison inside the United States, they will somehow gain X Men-level, superhuman powers on a par with Magneto and will be able to escape facilities that no one has ever escaped from before and wreak havoc on local communities. (Civilian trials for alleged terrorists, which are far more effective than the badly broken military commission system at getting convictions, are also opposed by Republicans for the same reason.)

Ben Carson - somehow still Republican frontrunner - has a section of his website under “Ben on the issues” called “ Keep Guantánamo open” where he explains that “We must keep our detention facility at Gitmo open”, which could just as easily have said “We must keep the world’s most effective recruiting tools for Isis and al-Qaida open”. (Even former president George W. Bush, of all people, has said Gitmo remains “a propaganda tool for our enemies and a distraction for our allies”.)

So how does this end? Well, two former Obama administration officials argued in the Washington Post that these challenges need not stand in Obama’s way. They argue that the president has the power to close it himself without approval from Congress. He’s had this power for years, and has continually failed to use it. (This has always been one of the infuriating problems with Obama’s view of executive power - he claims unlimited amounts when he really wants to do something, and claims he’s powerless and that his hands are tied by Congress when he doesn’t.)

Unfortunately, like the wars in Iraq and Afghanistan, it’s increasingly looking like Obama’s vow to end one of the Bush administration’s most damaging legacies will actually live on as his own.