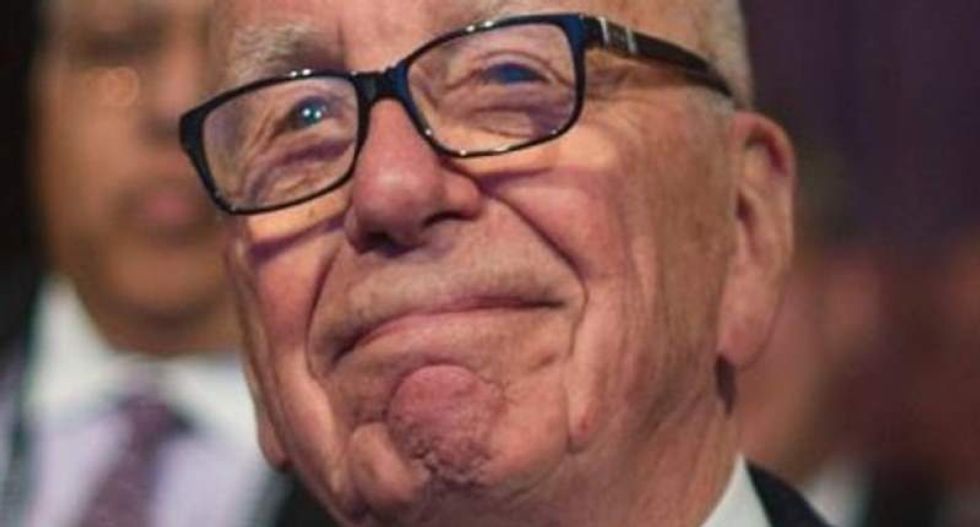 CEO and founder of News Corporation Rupert Murdoch is pictured on Nov. 19, 2013. [AFP]

21st Century Fox CEO Rupert Murdoch was roundly criticized on Monday after suggesting that, instead of barring all Syrian refugees, that one faith be granted preferential treatment.

Of course, Twitter users demanded proof that Murdoch himself could pass the test after such a statement:

@rupertmurdoch This is about the least Christ like thing i can imagine
— David McMullin (@David McMullin)1447716673.0

@rupertmurdoch Is Rupert Murdoch a Christian? If so, prove it.
— TheTributeAct (@TheTributeAct)1447717105.0

@rupertmurdoch wish we could get rid of proven arseholes like you
— Frank Shallot (@Frank Shallot)1447716799.0

Others provided sarcastic suggestions for enforcing this kind of test:

@rupertmurdoch I would have thought a "proven Christian" would make no distinction between people in dire need
— Patrick Heren (@Patrick Heren)1447717008.0

Conservatives okay w/ selling AK-47s to people w/o asking if they have criminal or mental issue but refugees must prove they're Christians.
— Greg Mitchell (@Greg Mitchell)1447718616.0

@rupertmurdoch yeah because Christians don't shoot up schools or do anything else bad !!!
— Rob Nichols (@Rob Nichols)1447716922.0

One user knocked Murdoch while also tying in his bizarre statement of support for Republican presidential candidate Ben Carson:

Murdoch wasn't alone in catching flack; BBC presenter Ian Katz was criticized for trying to turn the media mogul's statement into a pitch for an interview: 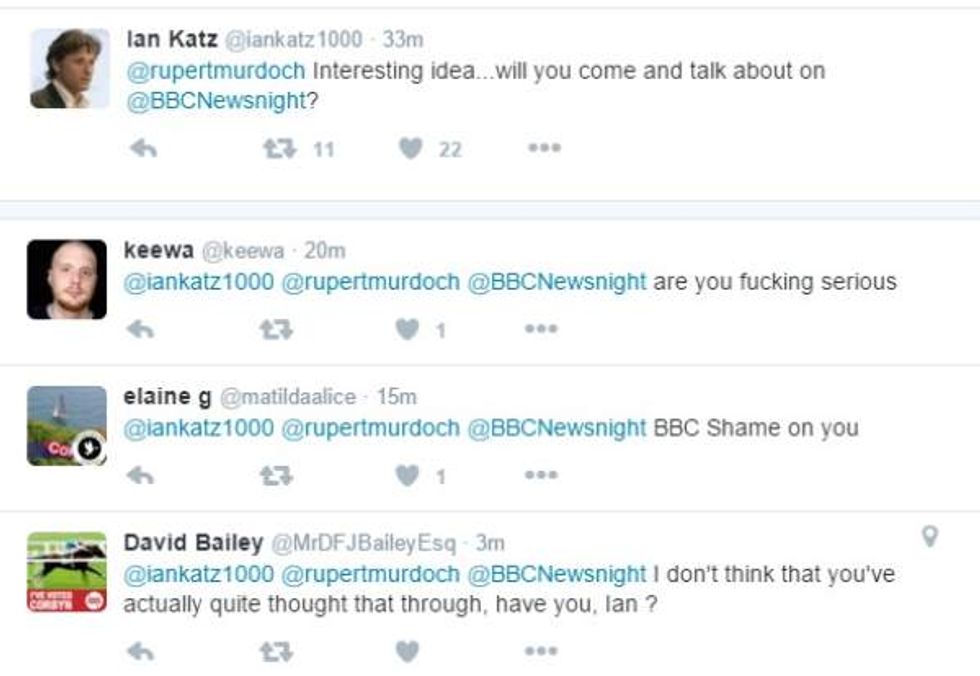