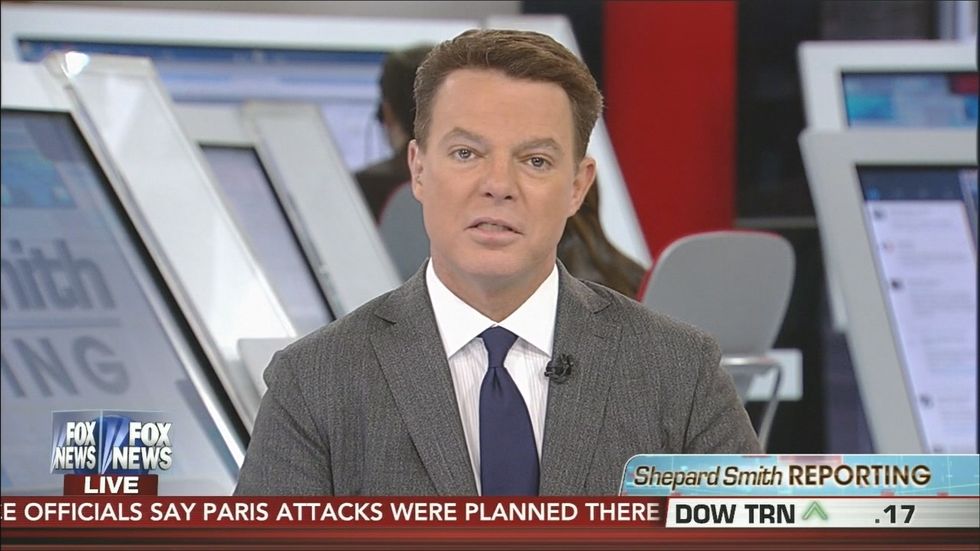 Fox News host Shepard Smith stood up on Monday for the rights of refugees to seek asylum in the US in a short commentary.

"Today we mourn, but we cannot allow ourselves to become like those who want to destroy us. We cannot resort to the tactics of the barbarians," he said. "We must fight for what we believe in and who we are. Guard our freedoms faithfully for the generations to follow, and we must not let the rhetoric of potential and political extremists among us lead us to self-destruction."

Smith's remarks came after many conservatives quickly stated that they did not support letting refugees into the country. That sentiment has spread to at least 13 states with Republican governors, which have stated that they would not take them in.

While the "shining city on a hill" is vulnerable, Smith said, refusing to accept those fleeing terrorists would denigrate what he described as the country's "unique experiment in freedom, tolerance, openness, and equality."

"When there's panic, we show resolve. When there's call for extremism, we resist," he argued. "We are America. We must lead."

Watch Smith's commentary, as posted online on Monday, below.