Texas judge scolds Confederate heritage group: 'The symbol of slavery is not something to honor' 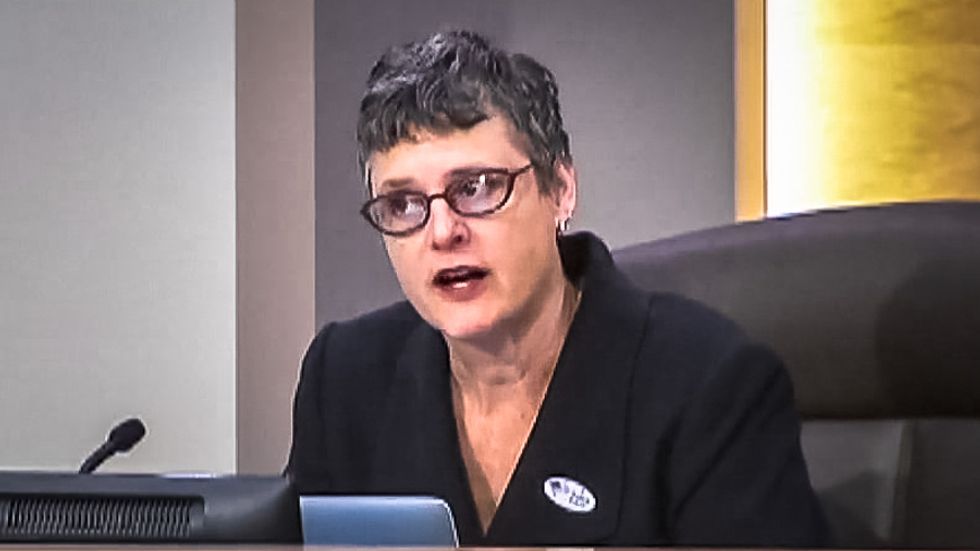 A Texas county judge lashed out at the Descendants of Confederate Veterans on Tuesday after the Austin Veterans Day Parade Committee ruled that the group could fly the Confederate flag in the city's Veteran's Day Parade.

In a letter last week, Travis County Judge Sarah Eckhardt urged the Veterans Day Parade Committee to exclude any groups that refused to accept a compromise allowing them to fly flags used by Texas soldiers during the Civil War instead of the controversial Confederate battle flag.

"The Confederate Flag is synonymous with slavery and an affront to free people," she wrote. "We should never erase our history, no matter how ugly, lest we are doomed to repeat it. But Veterans Day and the anniversary of Armistice is to honor all military veterans and celebrate peace. The symbol of slavery is not something to honor or celebrate."

But the parade committee declined to exclude Confederate groups who insisted on flying the flag. At a commissioner's meeting on Tuesday, Olie Pope, chairperson of the parade committee, resigned. And Eckhardt sought to distance Travis county from the Veteran's Day Parade.

Local NAACP chapter President Nelson Linder told commissioners that the flag stirred up memories of the Ku Klux Klan in Georgia where he was born.

"[I]t was carried by hate groups and it was definitely a symbol of death," Linder said. "And we fought it with all of our courage and all of our might to defeat it and we still will do that today."

“We are not the only groups representing veterans of previous wars,” Ayers opined. “Those groups dress in uniforms of the time period in which the war occurred. Many carry weapons, flags and banners from that time period. We are no different.”

Before the meeting was over, Eckhardt admonished the Confederate heritages groups.

"I take a tremendous amount of pride in my family heritage. And my great uncle was a Confederate officer. But I find no honor in the cause of the Confederacy," she said.

"A majority of the Commissioners Court voiced opposition to display of the Confederate Battle Flag and voiced support for Mr. Pope divesting himself and his staff of administrative duties for the parade," Eckhardt adding in a statement following the meeting. "Travis County expects the Veterans Day Parade will continue under the supervision of the Committee. Travis County will make every attempt to withdraw its administrative support in a way that does not imperil this year’s parade."