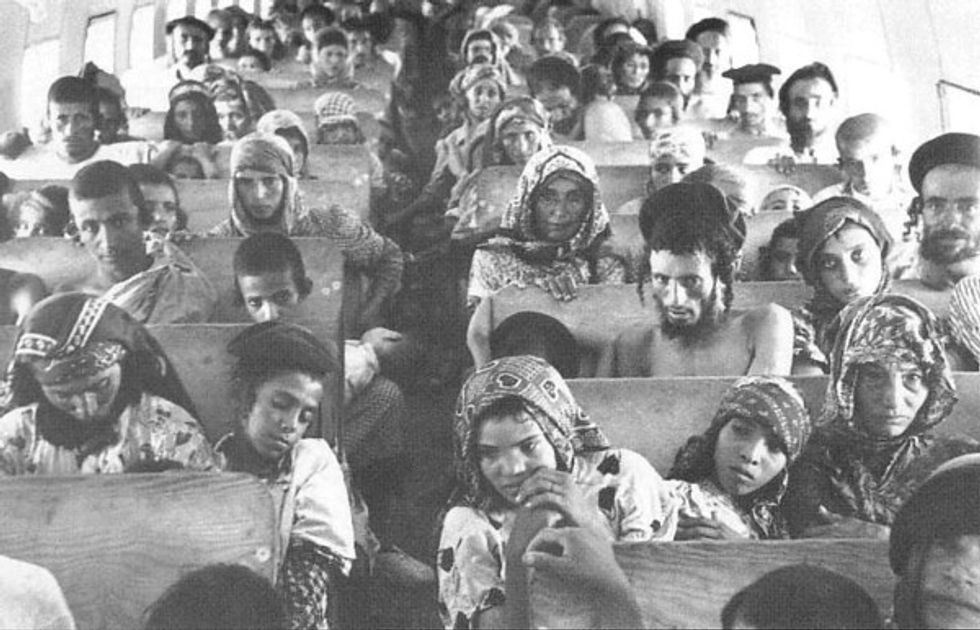 Twitter user @HistOpinion (Historical Opinion) tweeted out polls from 1939 and 1938 showing what Americans thought of political refugees, most of whom were Jewish, on the eve of World War II. On the question, "What’s your attitude towards allowing German, Austrian & other political refugees to come into the US?" the numbers are, in retrospect, devastating: 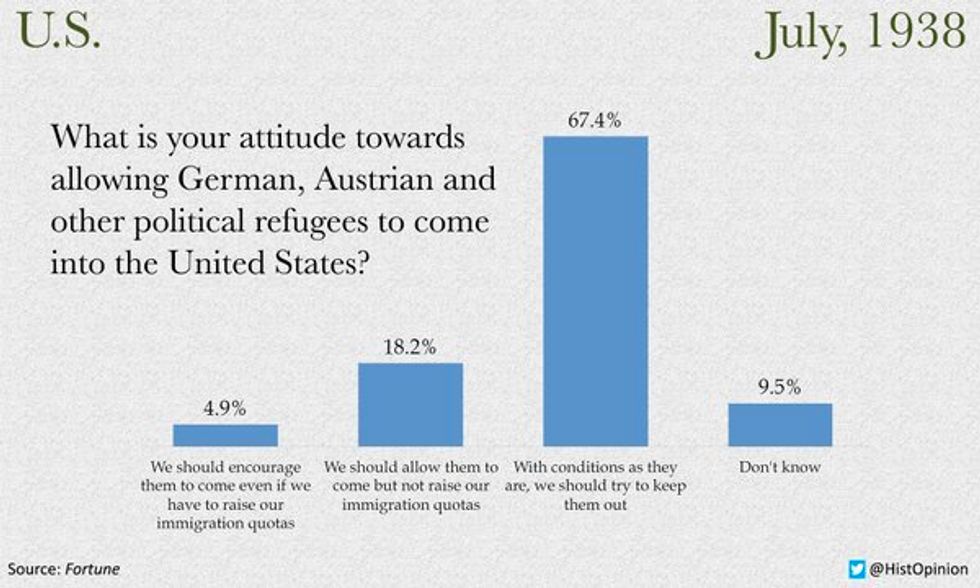 Only 4.9% of Americans thought the U.S. should encourage immigration by raising quotas. Another poll six months later, about children of refugees, doesn't look much better: 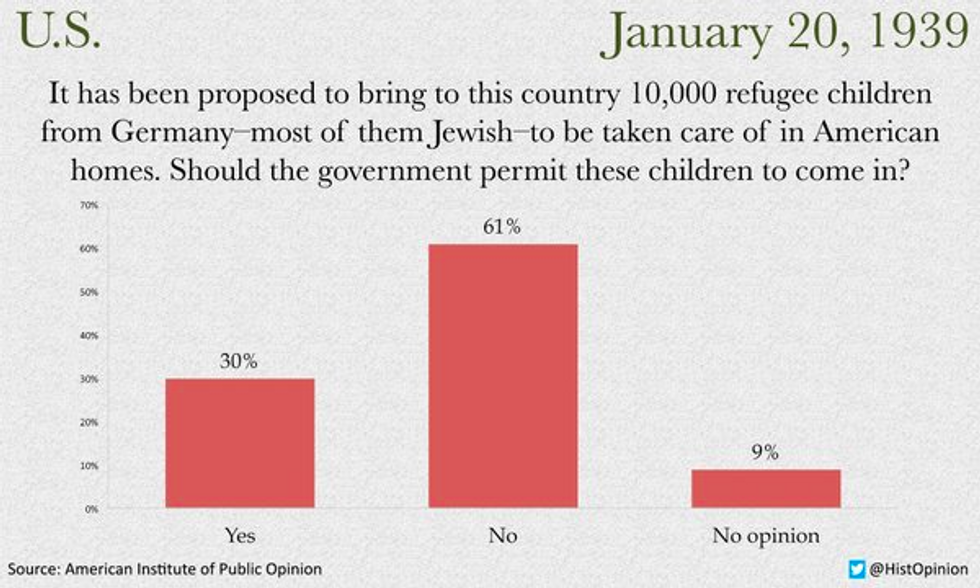 A few caveats. Obviously no one is planning on committing genocide against Muslims per se, but ISIL has committed what is tantamount to genocide against Yezidi, Christians, Shi'a Muslims and to a great extent other Sunni Muslims, targeting them for not meeting its rigid definition of religious purity. Yezidis, a minority group despised by ISIL, is probably the most clear-cut case of genocide, with even more mass graves coming to light this past week.

Some on Twitter have expressed outrage for the comparison because Jews didn't possess a radical and dangerous political ideology. But this objection displays ignorance of the climate of late 1930s United States as @HistOpinion noted in a followup tweet, "Try Googling 'Emma Goldman' and 'Alexander Berkman.' Their anarchism was widely associated with their Jewishness."

Indeed, a fear of "Jewish-Bolshevism" was very real as Juan Cole noted in Truth Dig:

Jews were also seen by some US Neanderthals as having socialist tendencies and so were kept out as radicals. There was talk of the Jewish-Bolshevik conspiracy. (Hatred of Jews was irrational, so that they were blamed for being bankers [they were less than 1 percent of bankers] at the same time they were excoriated for being Marxists.) There was also the Society for the Defense of Christianity, so fundamentalists did their part.

There are currently 25 governors, almost all Republican, who have refused to take in Syrian refugees, despite not actually having the legal authority to do so. On Monday, President Obama reiterated his position that the U.S. should take in more refugees and appealed to fellow Democrats for support. California Gov. Jerry Brown joined him, saying in a statement, "I intend to work closely with the President so that he can both uphold America’s traditional role as a place of asylum, but also ensure that anyone seeking refuge in America is fully vetted in a sophisticated and utterly reliable way."

The Syrian war has raged on for over four years, killing an estimated 250,000, with the U.S. and its allies sharing at least some responsibility for the conflict, having shipped arms and funded the Syrian opposition since at least 2012. While the parallels are not exact, reading headlines like this, via Bhaskar Sunkara, are illuminating: 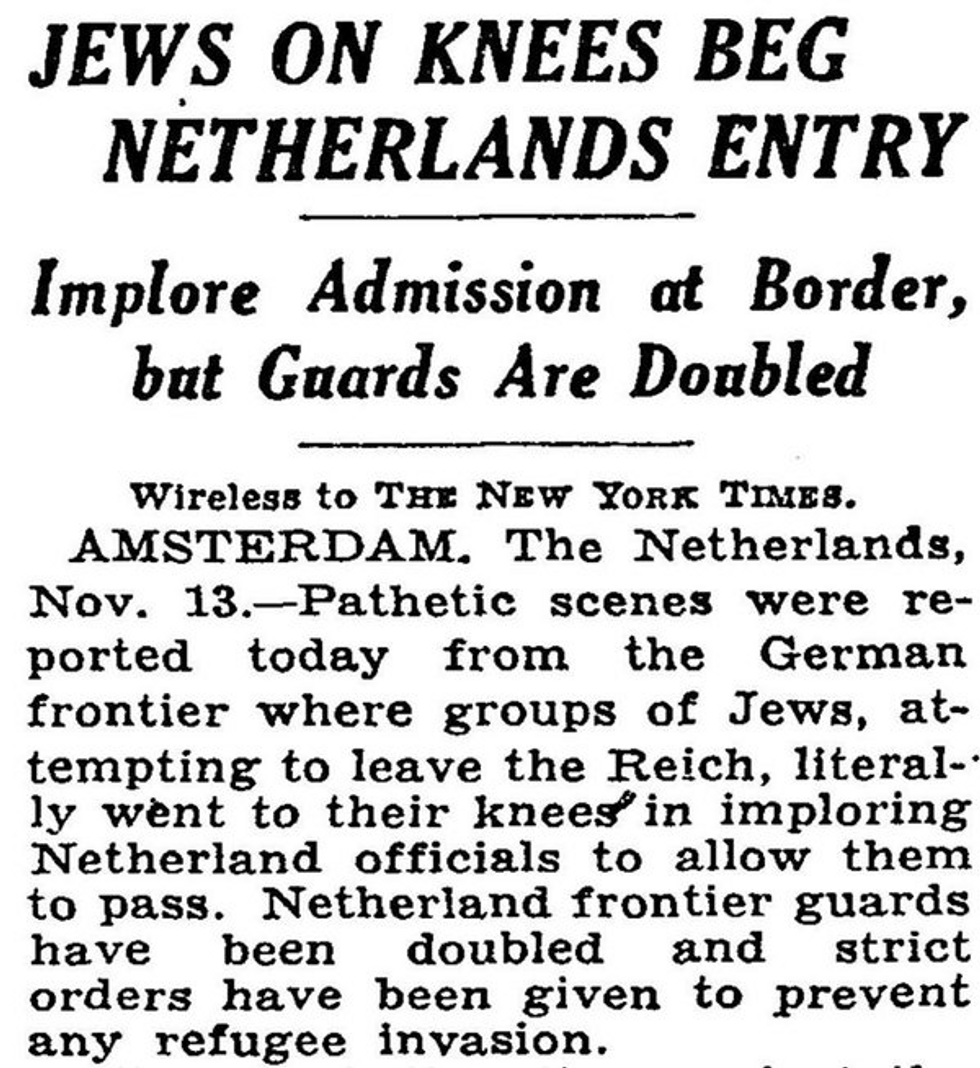