When 'real life' got lost in impossible workplace demands, these people turned to Workaholics Anonymous 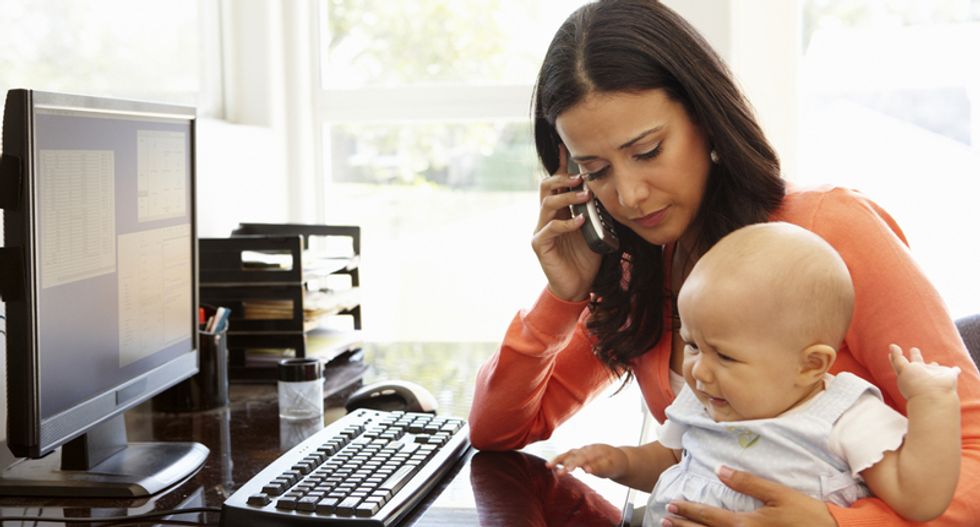 WA has been around since the 1980s, but groups still thrive as people struggle with a work-life balance exacerbated by technology’s ability to make sure we are always available

More than a dozen adults gather in an empty classroom in midtown Manhattan. As the clock strikes six, they shift in their seats. The meeting is about to begin. It starts with a serenity prayer.

While their colleagues have hit the bar or headed home for the weekend, a group of addicts – some wearing running shoes, some high-heeled pumps, some dress shoes – have come to share their problems. But it’s not drugs or alcohol making them unhappy. It’s work. This is Workaholics Anonymous.

The support group has been around since 1983, with chapters popping up all over the world, creating a network of people that support each other. Someone to call for help, to figure out how to say no, when to stop volunteering, when to quit.

The people in the room are very different but their concerns are largely the same. Work is dominating their lives and switching off seems impossible. Vacations are stressful. Work was coming before friends and family and lives were getting unmanageable.

These people are not alone. The US is struggling with a work-life balance that has been exacerbated by technology’s ability to make sure we are always available. But while tech can carry some blame, at the core of the problem is a culture that praises those who devote their entire lives to work and the lack of laws to protect workers who want more balance. For many it seems the only way to get ahead is to work too much. Or at least pretend to.

Step one: We admitted we were powerless over work – that our lives had become unmanageable.

Caroline Dowd-Higgins describes herself as a recovering workaholic. The realization came to her a couple of years ago when she realized she was working about 90 hours each week. “That’s nuts. It was interfering with my sleep and frankly, I don’t want to be overly dramatic but I wasn’t able to see my husband. So I thought: ‘I love this guy, I want to be with him. Let’s figure this out’,” she said.

Her husband had been very patient and understanding about her work, she said. “But I thought: ‘That’s not really fair to him or me. I have this life commitment to this person who I love and I want to enjoy that time.’ It really was an eye-opener.”

The real problem for Dowd-Higgins was that she really “loves, loves, loves” her jobs – one is being the executive director of career and professional development at Indiana University alumni association and the other is being a career coach. The two jobs “blend really well together”, but juggling them can be a challenge.

“I definitely work a good 70 hours a week. Sometimes more,” Dowd-Higgins said during a phone interview. It was a Saturday morning and she was technically working. “It’s a given that I am going to work on the weekend.”

Her strategy to leading a more balanced life? Making sure she works normal work days during the week – not 12-hour ones. If that means taking some calls on a Saturday, then so be it.

Usually it takes a crisis for workaholics to recognize and admit that they have a problem and begin taking steps towards getting help, said Brad Klontz, a financial psychologist . Klontz is co-founder of the Financial Psychology Institute and associate professor at Kansas State University. He is also a recovering workaholic.

People realize they are workaholics “when they start looking at their relationship with work”, he said. “For some people, the crisis can be your spouse saying: ‘Honey, I want you around more.’ Sometimes it’s a divorce. Sometimes it’s realizing that you are not spending time with your kids, or a job loss.”

The problem with workaholism is that society loves it. “Workaholism is one of those disorders that you get a lot of reinforcements for by society,” said Klontz. “People are really happy because you are making more money. You get praise at work. Your employers really love you and very often it leads to a higher level of success because you are working many more hours than other people are.”

In the fall issue of Storyline , the quarterly newsletter of Workaholics Anonymous, one member writes: “In order to boost my self-esteem, I needed to aggressively boost my work, commitments, and responsibilities. I received many accolades from folks who thought what I was doing in this world was wonderful; yet, deep inside, I was angry and resentful about what was being asked of me, fed by my inability to say no.”

Passing as a workaholic

Even those who aren’t workaholics have to deal with workaholic expectations. The majority of Americans – both men and women – struggle with the expectation that they will work at all hours, found Erin Reid, an assistant professor of organizational behavior at Questrom School of Business. In order to cope with unrealistic expectations, some workers she interviewed were “passing” as workaholics while in fact maintaining a healthy work-life balance.

“I interviewed people who knew each other to get their perception of their coworkers,” said Reid, who interviewed 82 consultants at a global consulting firm and 13 people associated with the firm. She found that in order to appear as if they were working long hours, some workers – especially men – would send an occasional late-night email. Other strategies included being vague about schedules and finding clients near home to avoid long work-related trips.

“I was really surprised. Well, sort of,” Reid said of her findings. “The conventional wisdom was that men are really happy to work all the time and I didn’t really believe that.” It turned out that men, too, struggled with these expectations, but had easier time passing as workaholics than women, who were more vocal about their need to spend time with their family.

“Companies police women’s time in a way that they do not police men’s,” explained Reid. The assumption was that if a woman was leaving work at 5 o’clock, she was going to be with her kids. If a man left early, most assumed he was going for drinks with a client. “That shaped the way they approached managing their workload.”

Perhaps the most revealing finding of Reid’s study was that the people who appeared to be working long hours got the same performance ratings as those who actually worked those long hours – equivalent to about 80 hours a week. They also did not miss any promotions, whereas about a quarter of those vocal about unrealistic expectations were passed over.

“If you have a CEO who is a workaholic, people are going to want to model that in order to move up the chain. It really has to start at the top if you want to make a cultural shift,” said Klontz.

Twelve-step programs like Workaholics Anonymous can be effective because they provide a different perspective – often a contrasting one to what the workaholics are used to at work or at home, said Klontz. Workaholics often come from workaholic families and tend to surround themselves with other workaholics.

“It’s good at challenging those automatic assumptions,” he added. “Very often a workaholic’s best friend is a workaholic so they are never being challenged.”

Dowd-Higgins also admitted that she began to see a real difference when she brought in other people – she calls them accountability masters– to help her keep a more realistic schedule.

“One thing I want to leave you with, I feel like I am getting better,” she said as an afterthought when the interview finished. “Baby steps, right?” she added. “Some days are better than other. There is hope.”