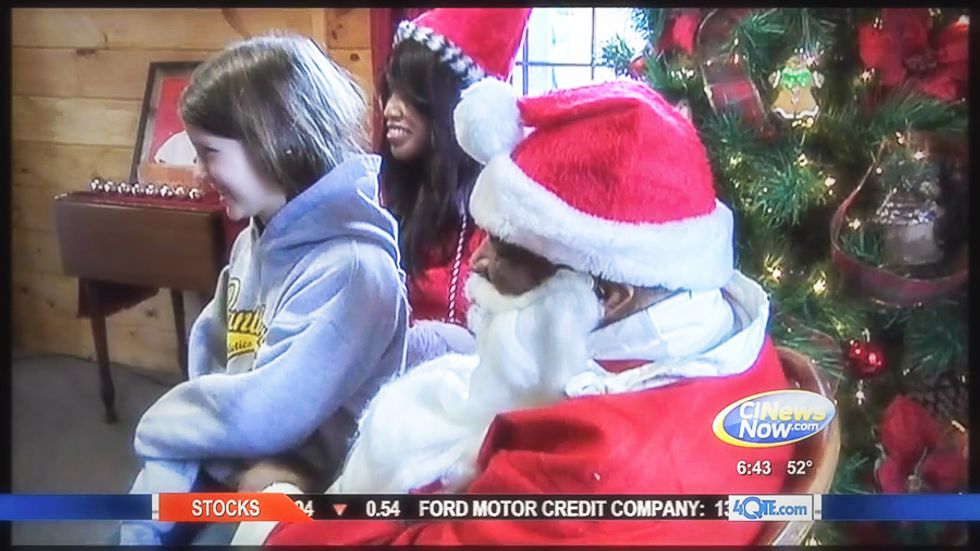 In 1966, Kennedy had protested the town's "One Santa Rule" by attending the annual Christmas parade as Santa Claus.

According to the McLean County Museum of History, Kennedy was riding on an NAACP float, but police stopped it before it could reach the parade route. So Kennedy and others climbed off the float walked the parade route instead, waving to the children.

“They just seen the suit and they didn't recognize a black person in the suit. One [white] woman almost jerked her little boy's arm off because he called me Santa Claus," Kennedy later recalled.

But before they could finish the route, a police officer told Kennedy that he was "under arrest for disturbing the peace." Although the incident generated sensational headlines at the time, officers eventually declined to go through with the arrest.

WYZZ reported that Kennedy donned the Santa costume once again over the weekend after the NAACP partnered with the town of Normal to host the Santa Station.

"Because of the times that we're living in today, with so much happening throughout these United States, that we get an opportunity to rewrite history and to continue the conversations about race and inequality and diversity," Bloomington-Normal NAACP Vice President Takesha Stokes told WYZZ.