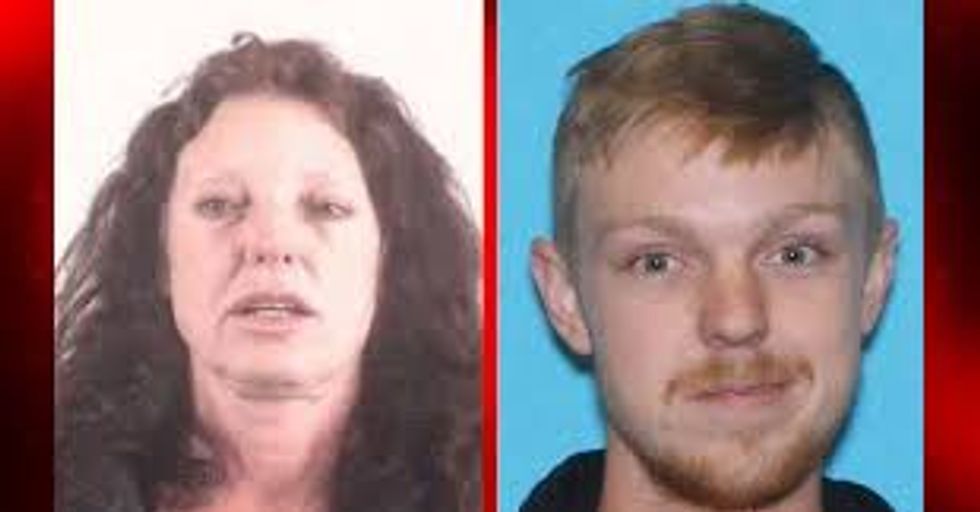 The fugitive “affluenza teen” Ethan Couch and his mother, Tonya, who have been arrested in Mexico, were caught after using one of their phones to call for a takeaway pizza, Mexican authorities have said.

The Couches called Domino’s Pizza and asked for an order to be sent to a room at a condominium in the beach resort city of Puerto Vallarta. A US Marshals Service agent tipped off authorities in Mexico and they were detained there on Monday, 11 days after FBI agents and US marshals joined the hunt for the pair who went missing earlier in December.

The mother and son had planned their flight from the US and even held a farewell party, according to a Texas sheriff.

In 2013, Couch, from Keller, near Fort Worth, admitted killing four people in a drunk-driving accident. At the time, his lawyers argued that he suffered from “affluenza” and because of his privileged upbringing, he was not able to fully understand the consequences of his actions.

Affluenza is not an officially recognized condition , but instead of the recommended 20 years in prison the then 16-year-old was sentenced to rehab and 10 years’ probation.

Couch, now 18, and his mother went missing after a six-second video on social media appeared to show he had violated the terms of his probation, which prohibited driving, drinking alcohol and using drugs for 10 years.

Although officials in Tarrant county, Texas were yet to prove it was Couch in the video, sheriff Dee Anderson said it appeared that the pair had plotted their escape.

“They had planned to disappear,” he told a news conference in Fort Worth. “They even had something that was almost akin to a going-away party before they left town.”

He would not comment on when the gathering took place or say who had attended, but said it implied that Couch’s disappearance was “carefully planned”.

Couch had missed a mandatory meeting with his probation officer, prompting officials to issue a warrant for his arrest on 16 December.

The mother and son apparently entered Mexico by land, said Ricardo Vera, a local official for Mexico’s migration institute. He said the two did not register when entering Mexico and it was not clear where they came in.

Vera said the mother and son were likely to return to Texas on Wednesday.

Since his original crime took place when he was 16, Couch will go back into the juvenile court system. Under Texas law, he will face a maximum sentence of four months in a juvenile facility, to be released on his 19th birthday, 11 April. He will then go on parole.

“That, in my opinion, is not enough for taking four lives,” said Sharen Wilson, Tarrant county district attorney, who explained that the courts were bound by Couch’s original probation sentence. “This is the law in state of Texas … We are bound by the original sentence.”

Asked if Couch’s flight would not cost any more punishment, Wilson said: “The short answer is ‘Yes, under the law that’s correct,’” adding that she would not engage in a philosophical conversation regarding existing law.

Wilson is asking the local juvenile court judge – not the one who issued the original sentence – to transfer Couch to adult court. In adult court, Couch could receive 120 days in jail for violating the terms of his probation. After his release, he would go on to probation instead of parole and therefore be supervised by adult probation officers.

Wilson described this as “the best-case scenario as far as I can see it”.

“How does it infuriate me? Well, do I seem infuriated?” she said, when asked about her feelings. After a long pause during which she stared at the reporters, she added: “I don’t even know how to answer that. I hope that I seem businesslike … I wish that the system were different.”

Acting US marshal Rick Taylor said that at this time there was no possibility of federal charges against Couch or his mother.

Sheriff Anderson said: “I’d like for him to be accountable. I, along with the DA, will be hopeful that the case be transferred into the adult court.”

In the 2013 drunk-driving case Couch admitted to four counts of intoxication manslaughter. He was speeding when he lost control of his pickup truck, swerved off a suburban road and plowed at up to 70mph into a group of people who were helping Breanna Mitchell, whose car had broken down.

On Tuesday, Anderson said he and local police officers who worked the scene – which according to one of his deputies “looked more like a plane crash than a car wreck” – felt the juvenile court judge who issued Couch’s sentence did not assess “any punishment or adequate punishment”.

Taylor, with the US marshals, said authorities in Mexico began focusing on Puerto Vallarta on Saturday. Couch and his mother may have lived off of cash to avoid leaving a credit card trail and are reported to have attempted to change their appearance.

Anderson pointed out that in photos provided by the Mexican authorities Couch’s hair was “markedly different, markedly darker”.

Local authorities have also issued a warrant for the arrest of Tonya Couch, for hindering the arrest of her son. She could serve two to 10 years in jail.

“I think she deserves to be incarcerated,” said Wilson.

Anderson said the families of those killed in the 2013 accident would be relieved to see Ethan Couch back in the US.

“To be honest, we are going to breathe a lot easier when they’re back in this country,” said Anderson.