Arizona man bludgeons girlfriend with roofing hammer, and then says he 'dreamed of killing her for years' 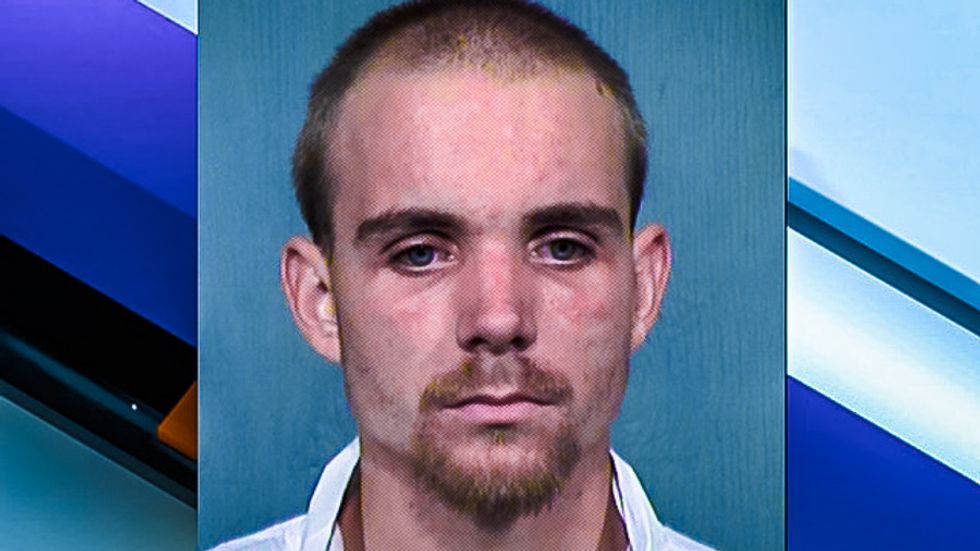 A Phoenix man is facing accusations of murder after he admitted to officers that he killed his ex-girlfriend with a hammer and a knife.

Court documents obtained by The Arizona Republic indicated that 25-year-old Caleb Shaffery explained to police how he lured 19-year-old Veronica McGarvy into a room away from their daughter on Sunday evening.

Shaffery said that he had obtained a roofing hammer several days earlier, which he used to bash McGarvy's skull multiple times before stabbing her in the chest with a knife.

"He admitted his intent was to use the hammer to kill Veronica since it would be an efficient murder tool with less effort than using a knife," the probable cause statement said. "Caleb followed the victim into his room and removed a hammer which he had concealed on his person and struck her in the skull multiple times."

"He continued to strike her until he cracked her skull open. Caleb then removed a knife, also concealed on his person, and stabbed the victim twice in the center of her chest and lower abdomen. He left the hammer and knife in the room and walked out."

Shaffery reportedly took his daughter to a neighbor's home and then waited several hours before calling 911.

He later allegedly told investigators that he had “dreamed of killing her for years.”

Shaffery was silent during his first court appearance this week. He faces one count of first degree murder. He was being held in jail in lieu of a $1 million bond.

Watch the video report below from KTVK, broadcast Dec. 7, 2015