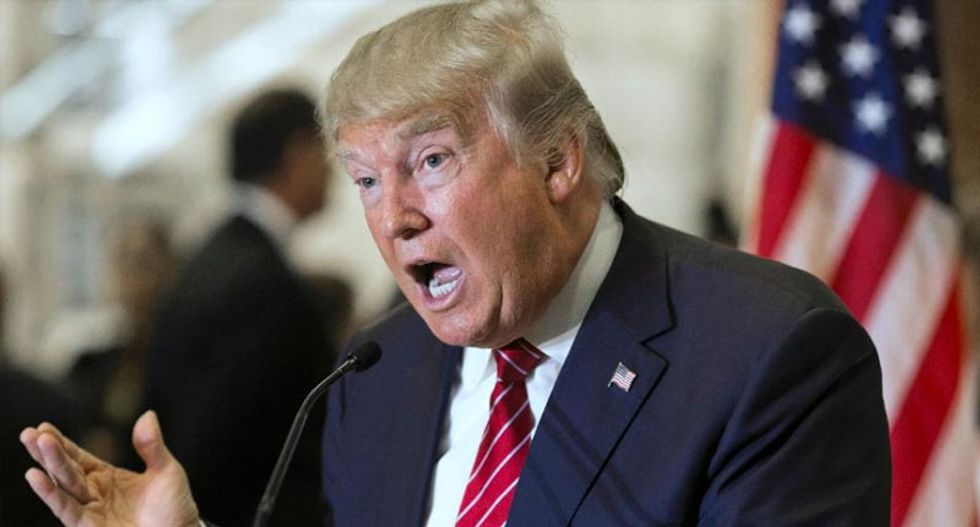 One of the reasons I’ve been writing so much about the Donald Trump phenomenon has little to do with Trump himself. Rather, it concerns a subject of deeper fascination to me: the moeurs of America’s pundit class. That in any given era, the content of their opinioneering says more about them as a class than any particular subject of their maunderings. In these Disunited States, those who rise to rarified heights in the profession of opinion-mongering almost always do so by dint of their success in stretching our messy reality to fit a certain single socially approved conclusion: that America is in fact united. That extremes always revert to the mean, and that radicalism of any stripe always eventually fails, or falls away. They pronounced that Barry Goldwater, because he was on the verge of running for president, was going to quit being conservative, a “fascinating biological process, like watching a polliwog turn into a frog (The New Republic’s TRB, in 1963). “This is probably the end of Reagan’s political career,” they said in 1976 after he lost the Republican nomination to moderate Jerry Ford (the New Yorker’s Elizabeth Drew). And in 2002, they prophesized that the conservative movement was on its deathbed because it was “mired in ideological warfare at a time when the nation demands ideological peace” (Nina Easton of Fortune).

For the past several months, that’s all we’ve being hearing about Trump. Here are two recent jerks of the knee. Here’s why they are wrong.

In The Atlantic, the historian David Greenberg surveys the rubble-strewn record of polling a year out from the election, which predicted the rise of President Ted Kennedy in 1976 and 1980, President Jesse Jackson in 1988, President Jerry Brown in 1992, President Howard Dean in 2004—not to mention that great statesman President Herman Cain, whose numbers “were at times stronger than Trump’s.” History, Greenberg asserts, makes it clear that we shouldn’t care about the fact that Trump’s been ahead for over four straight months. After all, “a year before the general election, most voters aren’t paying attention yet.”

Nate Silver chimes in with a similar message: “It can be easy to forget it if you cover politics for a living, but most people aren’t paying all that much attention to the campaign right now.”

“They’re not paying all that much attention”?

They’re not paying attention. The first Republican debate got 24 million viewers, more than any game in the NBA finals or World Series—three times more than any previous primary debate. The second got as many viewers as an NFL game.

As I’ve been crying in thunder over and over in these pixelated pages these last few months: “with Trump, everything requires revision.” Whether it’s the way the changed rules and norms about money in politics obliterate the way candidate fields used to get “winnowed.” Or the way the politics of personal debt overturns rejiggers supposedly settled ideological identifications, the once-in-a-generation novelty of a top-rated TV star running for president (TL;DR: the last to do so, Reagan, turned out to be pretty successful), the novelty, too, of a front-runner who doesn’t filter his demagoguery.

But still the band plays on. As Washington Monthly’s Martin Longman usefully points out, “To suggest that Trump will inevitably falter when people start paying attention, you have to have a theory of the case.” Though really, you don’t. Consensus punditry: Feels so right it can never be wrong!

Now, it’s true that in the last few days, the mainstream narrative has changed, from insisting the extremist will go away, but that it’s past time he be made to go away. As Josh Marshall, who tracks these things much closer than me, noted for the record on November 27, the cool kids have suddenly turned on a dime: “Read the editorial and news pages today and you’ll find a mix of hand-wringing and demands about an uncouth and outrageous outsider who is threatening to wrest the Republican Party from its rightful owners”—now that they’ve finally figured out that Trump’s an authoritarian. (The rest of us were premature antifascists.)

Though, of course, that’s still the same story, just a different chapter. It’s part of the historic pattern. In 1964, the mainstream media pushed Pennsylvania’s governor, William Warren Scranton, as the vampire-hunter against Goldwater; in 1980, many fell for Illinois congressman John Anderson’s independent bid to slay Reagan. Now the Washington Post plumps “the meager Republican super PAC efforts aimed at him,” including a 47-second web video that clipped together some of his most provocative comments along with a small airplane training a banner proclaiming, “Ohioans Can’t Trust Trump.” Then, they veritably implored, “Most of the party’s financiers and top strategists are sitting on the sidelines.” (That was the front page. Here’s an apposite recent Post editorial: “it is time for Republican Party leaders to make clear that they do not approve of Mr. Trump’s politics of denigration. If they do not, their party will be seen as complicit in his hatefulness, and deservedly so.” The fillip is the telling part: acknowledging the obvious, that one of America’s two major political parties is already hateful, falls afoul of consensus decorum.)

It’s comforting to think that the system is working so well. The punditry system, I mean. Trumps, Goldwaters, Gingriches, Wallaces—they come and go. (Knock on wood when you read that sentence.) Pundits, however, are forever. They’ll keep breeding, a biological process: like pollywogs turning into frogs.