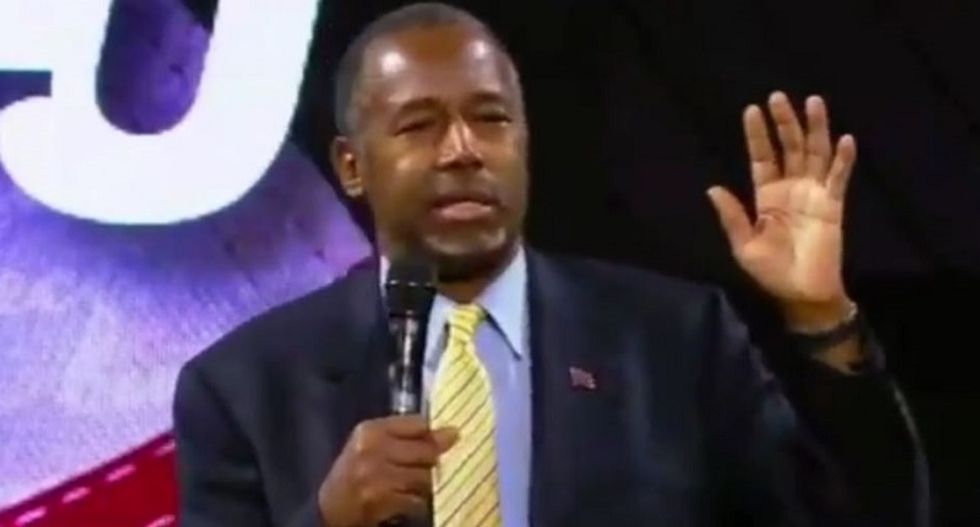 These days, it takes a lot for me to be shocked by what a Republican says. It takes even more for me to be shocked by what Ben Carson says. But the doctor and Gifted Hands author has truly outdone himself. When GOP debate moderator Hugh Hewitt asked Carson  if he was prepared to order the bombing of civilians, Carson insisted that he was. And to prove it, he pointed to his experience as a pediatric neurosurgeon:

You should see the eyes of some of those children when I say to them, 'We are going to have to open your head up and take out this tumor.' They're not happy about it and they don't like me very much at that point. But later on, they love me. Later on, they really realize what's going on. And by the same token, you have to be able to look at the big picture, and understand that it's actually merciful if you go ahead and finish the job, rather death by a thousand pricks.

Today will definitely go down in history as the day that a neurosurgeon compared the way he operated on cancer-stricken children with how he would kill innocent people. Good luck getting an appointment for you children, parents. Dr. Carson is going to be booked like woah!