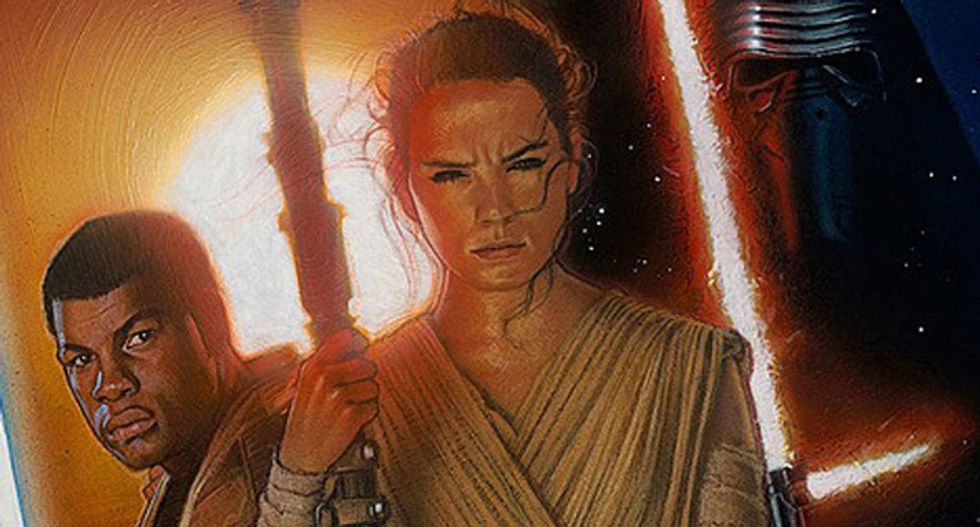 More than a thousand new members a day are signing up to join the Church of Jediism as fans prepare for the release this week of new Star Wars movie The Force Awakens, it is claimed.

Patrick Day-Childs, a member of the UK-based organisation’s five-strong council, told the Daily Telegraph that the group now boasted more than 250,000 followers.

“It’s gone up substantially in the past couple of days,” he said. “The real test will be in a couple of weeks when the film hype has died off.

“I think people are shying away from traditional religion because it doesn’t reflect their views,” he added. “We’ve got no problem with homosexuality or anything like that. We are very accepting.”

Interest in Jedi as a religion began in 2001, when the UK and a number of other Commonwealth countries, including Australia and New Zealand, held censuses in which respondents were asked to detail their religious beliefs. In England and Wales, 390,127 identified as “Jedi” in the census, equivalent to almost 0.8% of the population.

The Church of Jediism is not the only body claiming authority over the mystical energy field imagined by George Lucas in 1977’s Star Wars and its many sequels. The New Zealand-based Jedi Church and the “international” Temple of the Jedi Order are among other claimants.

The world premiere of The Force Awakens is due to take place in Los Angeles tonight, in three different cinemas, reportedly the Chinese, Dolby and El Capitan theatres , all of which are a short walk from each other in Hollywood. Preparations have been described as far more elaborate than those undertaken for the Oscars, with studio Disney setting up a huge tent – covering four blocks of Hollywood Boulevard – in an effort to maintain secrecy. Some fans have been queuing to be among the first to see the film at the Chinese theatre since early December.

Abrams’ mentor, the three-times Oscar-winning film-maker Steven Spielberg, has described the pressure his friend is under ahead of the release of The Force Awakens, which is tipped to break the all-time box-office world record of $2.78bn, held by Avatar.

“JJ is terrified,” Spielberg told CBS’s 60 Minutes . “There’s a lot of pressure on JJ to start paying Disney back for, you know, the franchise they bought from George Lucas [for $4bn].”