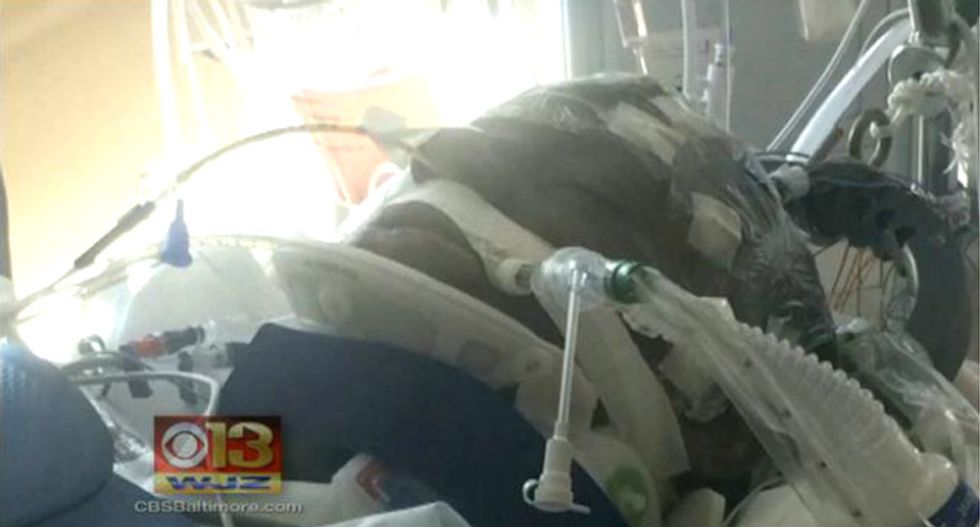 When reporting on the case of police brutality victim Freddie Gray, the man that was killed by police in Baltimore earlier this year, a CNN writer described Gray as “the son of an illiterate heroin addict.” The article quickly drew backlash and CNN attempted to edit the article, but it was too late, screenshots of the article had already gone viral.

CNN president Jeff Zucker later said that it was simply a mistake and insisted that there was no intent to slander the dead victim Freddie Gray.

“This was a mistake, the digital team removed it last night and inserted an editor’s note to be completely transparent. The editorial intent as the digital team has laid it out to me was to make clear he had a difficult upbringing. But clearly it did not come across that way when it was written and published. We recognize that. It did not work and we removed it. And were transparent about that. That was a mistake,” Zucker said.

Zucker said that the comments were taken “out of context,” however, the context was clear, they were attempting to assassinate the character of a dead man with accusations that were not even relevant to the case. This type of smear campaign is typical for victims of police violence, which is one big part of the reason why people in America are so confused about the police. When the victim is demonized, it allows the police to maintain the moral high ground and it absolves them of their crimes in the eyes of the public.

According to police, Gray was first stopped and arrested by officers at 8:39 am on April 12, and was thrown in the back of a police van 15 minutes later. An entire hour later an ambulance was called to give him medical care, but he sadly fell into a coma died soon after. He suffered broken vertebra and an injured voice box, which required emergency spinal surgery that he never recovered from.

Many suspect that Gray was the victim of a “Nickel Ride”, a horrific police torture tactic where a suspect is handcuffed and placed in the back of a police van without restraints, and driven recklessly around town by police officers. This practice has also been called a “Rough Ride” or a “Cowboy Ride.”

Grays death resulted in the protests and riots that took place in Baltimore earlier this year. The police officers involved in his death are now standing trial for their crimes.