CNN's Michaela Pereira destroys Trump's attack on Hillary: 'She is a woman, it's not a card' 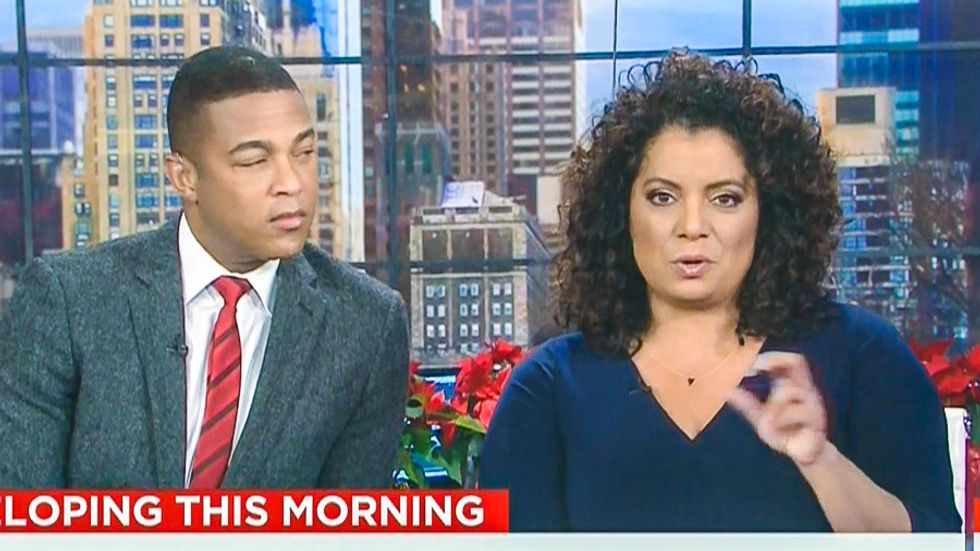 CNN host Michaela Pereira on Monday fired back at Donald Trump's assertion that Hillary Clinton was playing the "woman card" because she has pointed out sexism on the campaign trail.

Over the weekend, Trump argued that it was fair to attack Bill Clinton since Hillary Clinton was "mentioning sexism."

"So yes, in fact, the issue is really Hillary Clinton and her treatment of women," Lord insisted.

"Trump also accused Clinton of using the so-called women's card," Pereira noted. "I wasn't issued one of those apparently. Why is mentioning the possibility of sexism on the campaign trail tantamount to Clinton calling the gender card?"

"She is going to play this card," Lord replied. "It's an obvious card to play, let's be candid."

"Right, she is a woman," Lord stuttered. "I mean, she is the woman going around saying isn't it time for a woman president."

"A lot of people would say amen to that," Pereira observed.