Conservative actress tells Fox: Darth Vader is black because it's in the Bible and 'Jesus talks about it' 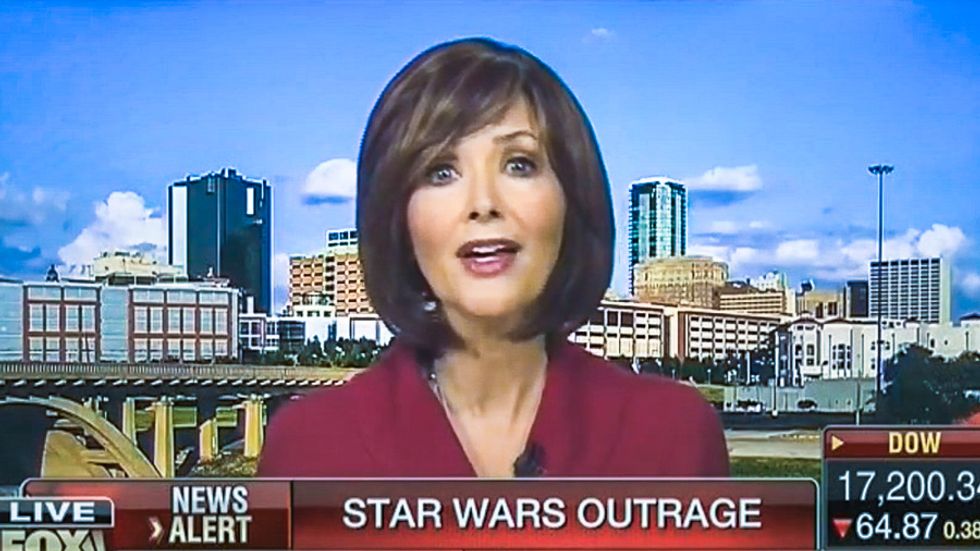 Northern Exposure actress Janine Turner asserted to Fox Business News on Monday that Darth Vader's costume was black because Star Wars movies were based on the Bible.

Over the weekend, MSNBC host Melissa Harris Perry had suggested that there was a racial component to Darth Vader's character because he was dressed in black and voiced by a black man. But after the character turned away from the Dark Side, Darth Vader was revealed to be a white man.

Turner responded to Harris Perry on Monday by warning that "political correctness is going to be responsible for killing more Americans."

"This doesn't have anything to do with anything else, this goes back to biblical times," she continued. "It's been discussed in the Bible, Jesus talks about it. It's about darkness and light, evil and good."

According to the actress, the discussion of racial issues in Star Wars is the kind of rhetoric that is "ruining our country and putting us in this clear and present danger."

Turner said that she had found a clause in the Constitution (Article I, Section 10, Clause 3) that would allow "the states to take this back into their own hands."

Because the states were facing "imminent danger" they could come together and form their own union to deal with immigration and other issues, she advised.

"We're in clear and present danger, we're beyond imminent," Turner opined. "So the states can legally and constitutionally come together to defend the American people."