Don Lemon rips guest for using Trump segment to smear Clintons: 'The lowest of the low' 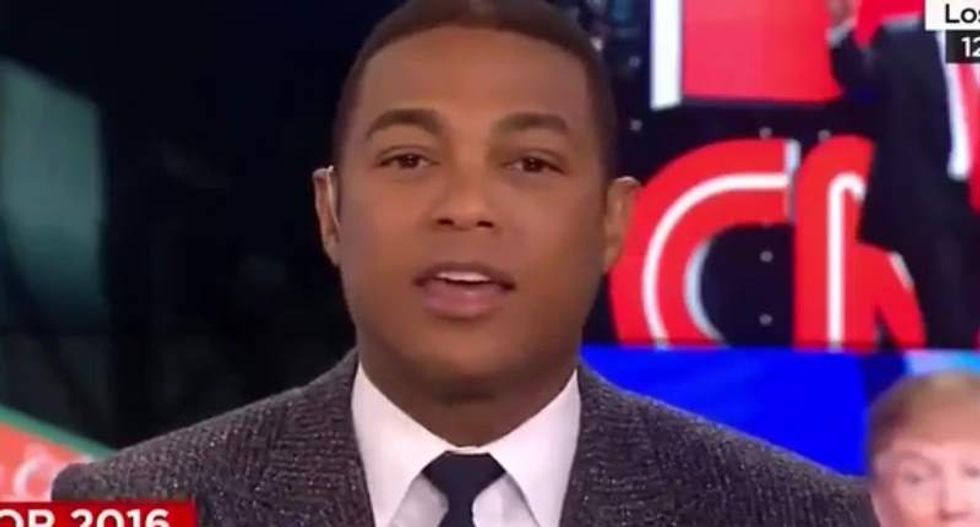 An exasperated Don Lemon cut off a guest on Tuesday afternoon for turning a segment regarding Donald Trump's latest sexist comments into a lewd commentary regarding former President Bill Clinton.

"It is not fair. It is a low blow," Lemon told conservative commentator Kurt Schlicter before adding, "Yes, I want to end this. This is the lowest of the low, and it has nothing to do with Hillary Clinton. It is just a cheap shot."

As Schlichter continued to rant, Lemon asked him to stop before having his mic cut entirely, saying, "Thank you, we're done."

Instead of discussing the former secretary of state "going to the potty," Grant argued, Lemon should have been discussing Clinton's policy position.

"I think we're discussing the comment, and whether it's appropriate for someone who is running for leader of the free world to make comments about a woman going to the restroom," Lemon said.

For his part, Schlichter -- who said he does not think Trump should be president -- insisted that he did not care about the GOP front-runner's remarks before invoking Bill Clinton's affair with Monica Lewinsky during his presidency.

"It's gonna take a lot more for me to get upset at a woman who enabled a guy who turned the Oval Office into a frat house and his intern into a humidor," he said. "You know, I just don't care. I so don't care. I would need Stephen Hawking to find the theoretical limit of how little I care about Donald Trump's silly jokes."

The discussion became heated when Schlichter referred to Hillary Clinton as a "sexual harasser and abuser's enabler," and asked Lemon why that was not the focus of the segment.

"You're talking about something that happened over a decade ago. He was impeached for it," Lemon said, referring to the former president. "[Hillary Clinton] is not responsible for her husband's actions, yet you're bringing it into a campaign and it doesn't seem fair."