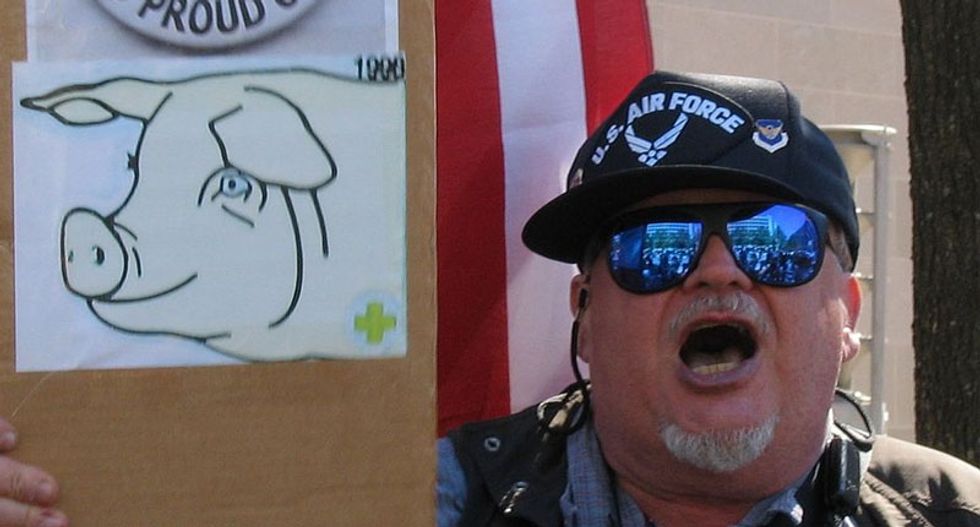 Who exactly was Donald Trump appealing to when he called on Monday for a “total and complete shutdown of Muslims entering the United States”? Quite a few people, according to a YouGov poll conducted earlier this year which found that 55% of surveyed Americans had an “unfavorable” opinion of Islam.

Looking more closely at those respondents, Islamophobic sentiments are more common among Americans who are 45 and older, those who are Republican and those who are white.

Attitudes toward Islam and attitudes toward Muslims should be considered separately – however, studies suggests that the two overlap considerably, as many people fail to distinguish between the two.

In 2014, Pew Research Center published a large study about American attitudes towards individuals of different faiths. Over 3,000 US respondents were asked to rate members of religious groups using a “feeling thermometer” that ranged from 0 to 100: 0 indicated the coldest, most negative possible rating and 100 the warmest, most positive rating. Muslims scored just 40.

That score excludes Muslim respondents’ views about other Muslims. The only other group to fare similarly badly were atheists as rated by religious respondents – they too scored 40. There is however an important difference between those two scores: there are far more atheists in America than there are Muslims.

Since the Census Bureau is prohibited by law from asking about religious affiliation, Pew surveys are the main source on America’s religious makeup. Their 2015 data shows that 3% of Americans identify as atheist (as well as 4% who say they’re agnostic and 16% who say they’re nothing in particular). By contrast, just under 1% of Americans identify as Muslim – although estimates vary widely and are partly dependent on Muslims’ willingness to identify with the label to interviewers.

So far, much of Trump’s anti-Muslim rhetoric has focused on security. That’s smart. When Brits were asked this year what words they think of when they hear the word Muslim, their most common responses were “terror”, “terrorism” and “terrorist”.

It’s also relevant that when individuals (again often white, often Republican) were trying to undermine Barack Obama’s credibility in 2004 and claim that he could not be trusted, they said he was a secret Muslim. What sounded like an accusation only increased in frequency once Obama became a presidential candidate. As of September this year, 29% of Americans (and 43% of Republicans) still believe that Obama is a Muslim, according to a poll by CNN and the Opinion Research Corporation.

Hostility toward Muslims in America exists alongside a lack of familiarity with Muslims. The YouGov poll that looked at unfavorable attitudes also asked respondents: “Do you personally happen to work with anyone who is Muslim?” - 74% said no. The survey also asked whether respondents “happen to have any friends who are Muslim” – 68% said no. Another 87% said they had never been inside a mosque. Across all religions, there is a correlation between the percentage of respondents who say they know members of a faith, and the percentage who say they have favorable attitudes towards members of that faith.

Muslim Americans are well aware of negative attitudes towards them. The last time Pew conducted a survey that sought out only Muslim respondents, in 2011, they found that negative experiences were commonplace: 28% said that in the past year, people had acted suspiciously of them, 22% said they had been called offensive names and 21% said they had been singled out by airport security.

Causation is harder to see than correlation, though. It’s not clear whether rhetoric like that expressed by Donald Trump fuels anti-Muslim sentiment in the US or merely taps into existing negative feelings towards Muslims. What is clear is that when Trump endorsed a database to track Muslims in the US at the end of November, his popularity jumped almost 3 percentage points .

Indeed, a YouGov survey conducted in the days after Trump’s comments found that 40% of Americans supported a national registry of Muslims. Yet again, those views were more commonly held among older respondents and those who were Republican.

Those individuals who hold unfavorable opinions of American Muslims – whether through fear, unfamiliarity or some other reason – may yet have a problem on their hands. Demographic changes mean that America is set to become a more diverse country in terms of race as well as religion. Pew estimates that by 2050, the percentage of Americans who identify as Muslim will grow from 0.9% to 2.1%, since Muslims and followers of “other religions” are the fastest-growing religious groups in the country.