Donald Trump: To defeat ISIS 'you have to take out their families' 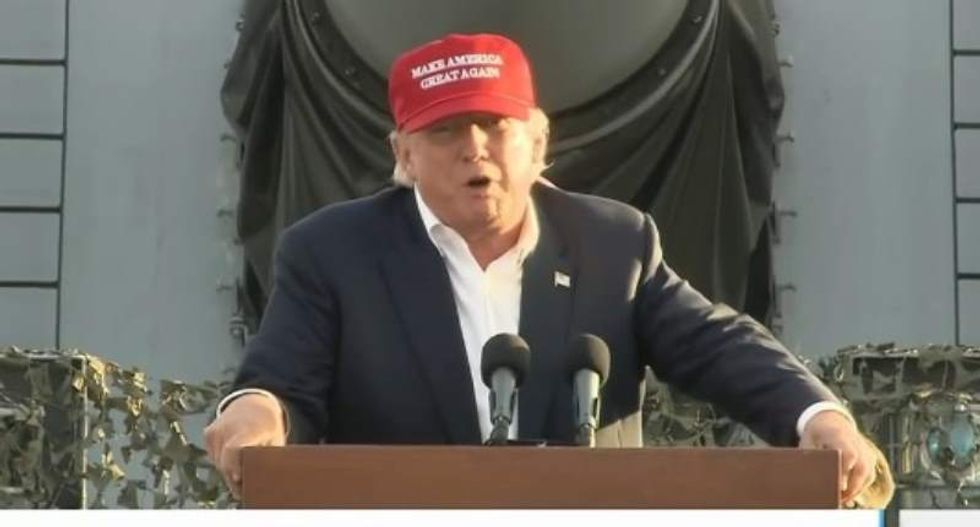 Republican presidential candidate Donald Trump asserted on Wednesday that the only way to defeat ISIS was to kill their families.

"I like to do one thing at a time," Trump told Fox News host Brian Kilmeade. "I would knock the hell out of ISIS."

"What about civilian casualties?" Kilmeade wondered.

"One of the problems that we have and one of the reasons we're so ineffective, they're using them as shields," Trump explained.

According to the GOP hopeful, President Barack Obama was waging "a very politically correct war."