Florida Tea Party leader splits with movement over solar power: 'I will do what is right' 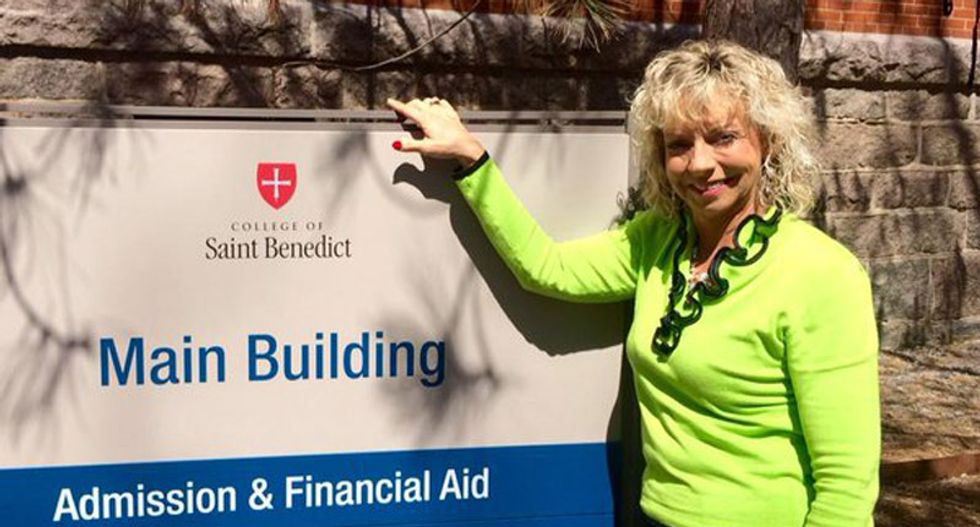 Debbie Dooley is a firebrand Republican and an outspoken founding member of the Tea Party. But in a fast-intensifying battle over the future of solar power in Florida, she is not on the side you might expect .

Along with a diverse grassroots citizens’ coalition including environmentalists and other left-leaning activists, Dooley is taking on Big Energy and its big-spending conservative backers in an intriguing fight that puts her toe-to-toe with her onetime political allies.

She is at the spearhead of a campaign to place an initiative before Florida voters next year that would give consumers the freedom to choose to buy their solar energy from smaller private companies and bypass the mega-bucks utilities.

“It’s Florida’s solar eclipse,” says Dooley, who points to statistics she claims are proof that the Sunshine State is trailing the nation in utilizing its most plentiful natural resource.

Related: I support solar energy because of my Tea Party beliefs — not despite them | Debbie Dooley

If the initiative is successful, Florida would no longer be one of only four states that prohibits so-called third-party power purchase agreements (PPA), which, in basic terms, refer to a consumer allowing a company to install solar panels with no upfront cost, then paying the company for electricity that the panels generate.

As things stand, only those who can afford the substantial initial outlay can power up from the sun, a situation Dooley says is unacceptable. With Florida 14th in the country in terms of installed solar capacity, only $63m was spent on new installations statewide in 2014, according to the Solar Energy Industries Association.

“Let’s remove the barriers, remove the shackles that protect the monopolies and allow consumer choice and freedom,” said Dooley, whose Green Tea coalition of environmentally conscious conservatives is a key component of the Floridians for Solar Choice amalgam.

Unsurprisingly, the big public power utilities don’t like the message being pushed by the activists as they tour the state attempting to collect the 683,000 signatures needed by February to get the initiative on November’s ballot. So companies including Florida Power and Light, Duke Energy, Tampa Electric and Gulf Power are among the donors who have ploughed millions of dollars into a rival group, Consumers for Smart Solar , which is promoting its own initiative that would enshrine in the state’s constitution their exclusive right to sell solar power.

Their argument is that opening up the industry the way the citizens’ coalition wants would lead to less regulation and extra expense for traditional consumers in “subsidies” for the solar industry.

As the duel has become more caustic in recent months, so have the attacks from rightwingers on Dooley, who has driven thousands of miles across Florida with her partner Jason to speak at rallies, lunches and other engagements in support of a new direction for solar power. Some have called her a fake conservative and say she has betrayed her Republican roots. Others have branded her eccentric and dismissed her travels as a solar-powered clown show as she “shills” for the industry.

“I don’t worry about the attacks because I understand the political reality, which is they’re afraid of you,” Dooley told the Guardian after a recent speaking engagement before the League of Women Voters of Palm Beach County.

“If you’re not being successful, they’re going to ignore you, so I’m really getting under someone’s skin. I have to laugh at that.”

Back in 2009, feeling that the Republican party had “lost its way”, Dooley joined up with 21 like-minded supporters to give the Tea Party movement its first organised structure. “I was tired of politics as usual, tired of big money controlling everything,” she said, explaining why she became a director of the Tea Party Patriots.

Now, she says, she finds it ironic that much of the criticism comes from rightwing groups who shared her beliefs, including the Koch brothers-funded American Legislative Exchange Council , but which take an opposite stance on clean energy.

“True conservatives champion free-market choice, not government-created monopolies that stifle competition.” she said. “Trying to protect monopolies from competition is not free market. You should be bound by your principles and develop your position on issues based on your principles, not who your financial donors are.”

The presence of Dooley, a pastor’s daughter from Bogalusa, Louisiana, in the midst of the Florida battle could prove to be a trump card, according to Stephen Smith, executive director of the Southern Alliance for Clean Energy.

“Here in Florida, the political leadership is conservative, so having a voice like Debbie’s and others on the conservative side to be able to stand up for solar is very critical to the success of running this ballot initiative,” he said.

Additionally, this is a conflict Dooley has fought and won before. She says the arguments in Florida, and the tactics employed, are similar to those that existed two years ago in Georgia, another red state wrestling with the solar power issue. Despite heavy opposition from the utilities there, and what she says was its $10m “war chest” against the organisation, Dooley’s grassroots coalition won the day, with a third-party solar bill clearing the legislature this April.

“If you mentioned solar in Georgia, it was always, ‘No way, no how,’ but we won that fight with people power,” Dooley said. “We couldn’t match them in money, so we built a coalition, we got free media, we got our message out there. It was easier for us to get press coverage because people were amazed you had these conservative groups, Tea Party groups, the Sierra Club, elected officials, all joining forces to oppose this.

“We all had different messages, the different groups, but we were working for the same goal. If we agree solar is the way to go, we come together and ignore issues we may disagree on while respecting the right of everyone to believe and advocate for them. But come together and stay focused. There are many different roads into Atlanta, where I live, and you make your choice depending on which direction you’re coming from. What matters is that you end up there.”

Even as a little girl, Dooley refused to be put in a box. When her grandfather bought her a dress-up cowgirl costume as a Christmas gift when she was just seven, the self-confessed tomboy complained loudly.

“I don’t want that. I don’t want be a cowgirl. I want a cowboy outfit,” Dooley recalls shouting at her relatives. “I was so upset, they took it right back and got me the cowboy outfit. They’d assumed because I was a girl that was what I wanted. But I was not afraid to challenge the norms.”

Dooley says her early years following her father’s preachings in Louisiana, Tennessee and Florida helped to shape her political leanings and turned her into the driven character she is today at the age of 57.

“I learned at a very early age to speak up and not be taken advantage of. I had no issue doing that,” she said. “My daddy prepared me well: he was strong, not afraid to take a step out, and I get a lot of my traits from him.

“I will do what’s right and damn the torpedoes kind of thing. If you know a preacher’s kid, you know they can be rebellious. People have preconceived notions about you and you fight to show it’s not like that. You grow up tough, you grow up to be independent.

“Any pastor will tell you, you can have 100 in your congregation and only a portion of them will be happy at any one time. You understand that not everyone will be happy; you just do your best and stand for what’s right.”

Dooley, however, insists that taking a stand does not always have to be a politically charged move. “I became a crusader for solar and I’m appealing to conservatives, [but] I believe being good stewards of the environment God gave us should not be a partisan issue,” she says, pointing out that it was the ultra-conservative president Ronald Reagan who championed the 1987 Montreal Protocol that phased out chlorofluorocarbons (CFCs) from aerosols to protect the ozone layer.

“I believe in clean energy. I’ve always cared about clean air and a clean environment. I’ve always been like that,” she said.

“Unfortunately, the legacy of some of my fellow Republicans is that they simply denied that we were damaging our environment because they were greedy for economic reasons.”