Fox host: Don't 'ridicule' cops for shooting Tamir Rice because 'these things are going to happen' 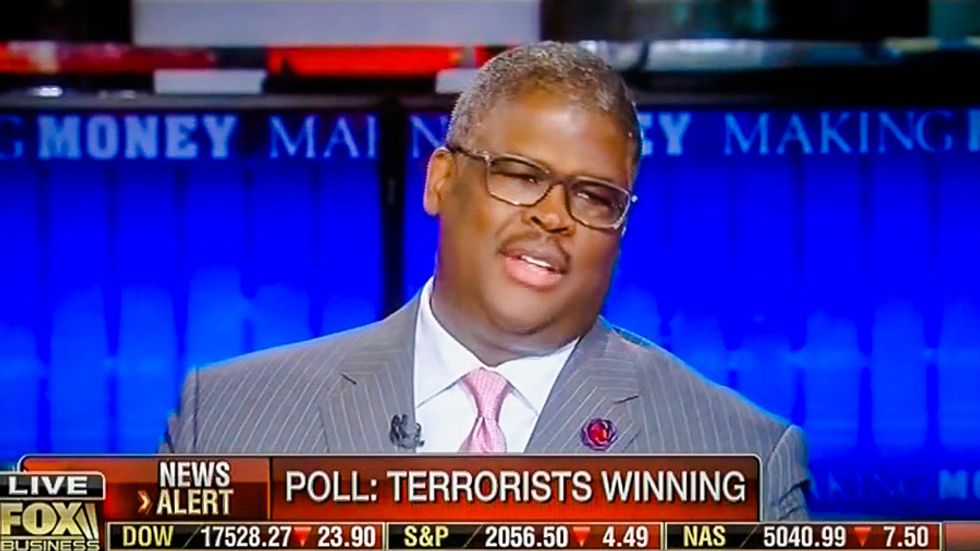 Fox Business host Charles Payne argued on Monday that police officers should be able to do their jobs without "ridicule" because incidents like the killing of 12-year-old Tamir Rice were "going to happen."

Following a grand jury's decision not to indict officers involved in Rice's death, Payne asserted that criticism of the shooting was contributing to the so-called "Ferguson effect."

"Today, we had the Tamir Rice situation where no charges were filed," Payne reported. "And then over the weekend in Chicago, a 55-year-old woman was shot and killed by the police accidentally as well as a teenager, who apparently was mentally disturbed."

The Fox Business host continued: "How can we get through these things that are going to happen -- you're simply going to have these incidents happen -- and still be able to let the police do their job without any kind of real serious ridicule or things like Black Lives Matter? It feels like it's catch-22 right now."

Fox News contributor Rod Wheeler reminded Payne that the officer who shot Rice "should not have even been on the force" because of earlier disciplinary problems.

"We have to get these politicians out of the way, let cops do their jobs," he opined. "Communities and policing need to come together. I think we can do it, but we have to do it with real leadership. And the real leadership, Charles, is going to have to start at 1600 Pennsylvania Ave."

Watch the video below from Fox Business News, broadcast Dec. 29, 2015.