Fox host: Men are sick of being feminized and Donald Trump is 'their last hope to get their masculinity back' 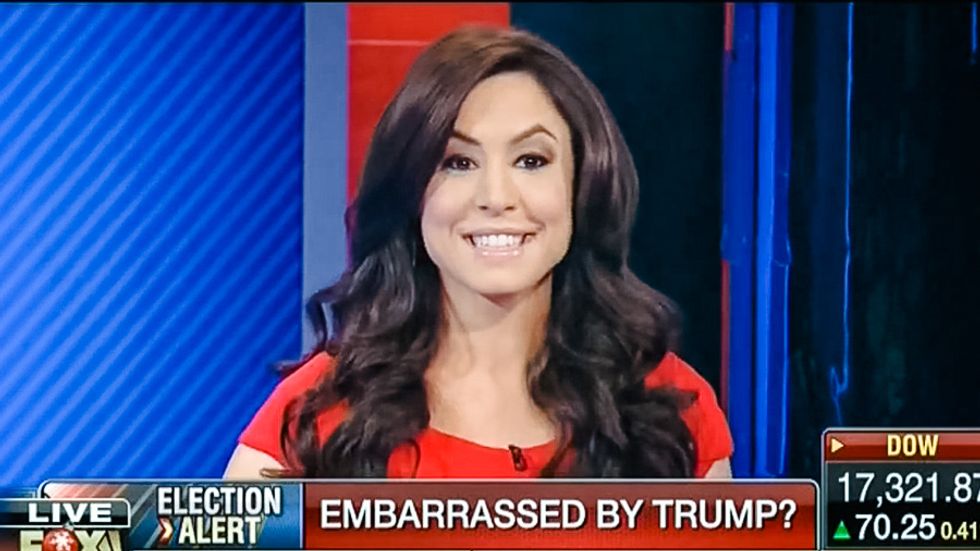 Fox News host Andrea Tantaros asserted on Tuesday that men in the United States could get their "masculinity back" by voting for Republican presidential candidate Donald Trump.

At a campaign event on Monday, Trump reminded supporters that Clinton had been favored to win the 2008 presidential nomination before she "got schlonged" by President Barack Obama. He also accused Clinton of doing something "disgusting" in the bathroom during Saturday night's Democratic debate.

On Tuesday, Fox Business host Stuart Varney asked Tantaros how damaging the comments would be to Trump's campaign. But instead, Tantaros argued that the GOP candidate's sexist remarks were actually "really bad" for Clinton.

"I'm not going to take the bait on this one," Tantaros said. "I don't think people care about rhetoric this time around. That old dated playbook of let's change the discussion and let's get Stuart Varney and Andrea Tantaros to talk about a word that could possibly be offensive and hurt women's feelings -- I'm not going to do that."

"Trump's language might be a plus for him?" Varney wondered. "That's what you're saying."

"You know why?" Tantaros replied. "The left has tried to culturally feminize this country in a way that is disgusting. And you see blue collar voters -- men -- this is like their last vestige, their last hope is Donald Trump to get their masculinity back."

"Do you want that man in the Oval Office saying that kind of thing?" Varney asked.

Watch the video below from Fox Business News, broadcast Dec. 22, 2015.