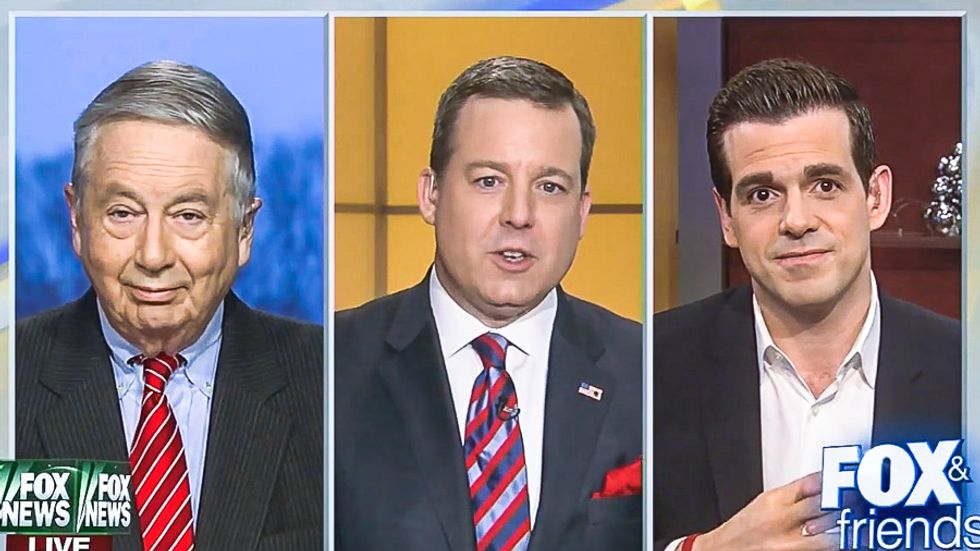 Fox News correspondent Ed Henry asserted over the weekend that an anti-gun violence commercial made by the National Basketball Association (NBA) had spoiled the Christmas joy of some Americans.

During its Christmas day broadcasts, an NBA advertising campaign featured players and families of shooting victims. The ad, however, did not include the phrase "gun control" or a call for new gun safety policies.

Larry Pratt, founder of Gun Owners of America, suggested to Henry, who was guest hosting Fox & Friends on Saturday, that gun owners would boycott the NBA to protest the anti-violence message.

Former NFL player Chris Valletta told Henry that he supported both the Second Amendment and the campaign against gun violence.

"We can all agree that limiting gun violence is the most important thing," Valletta explained. "Seventy-six percent of the NBA is black Americans, and black Americans are twice as likely to die from gun violence in this country. So, I think it's the right thing for the NBA to do."

"I get it," Henry replied. "They are reaching out to African-American kids in particular, but doing this on Christmas day? Shouldn't people have a chance to celebrate with their families and not what is seen clearly as a political message?"

"You can look at it as a political message, I look at it as addressing gun violence," Valletta replied. "I think that's what the NBA is trying to do with this message and I hope it continues."

But Pratt argued that the NBA should be campaigning for "anger management" instead of campaigning against gun violence.

"You've got young people who see all kinds of media where people losing control of themselves is never censured," Pratt complained. "This culture of violence that surrounds them, either in reality or especially in unreality in the media."